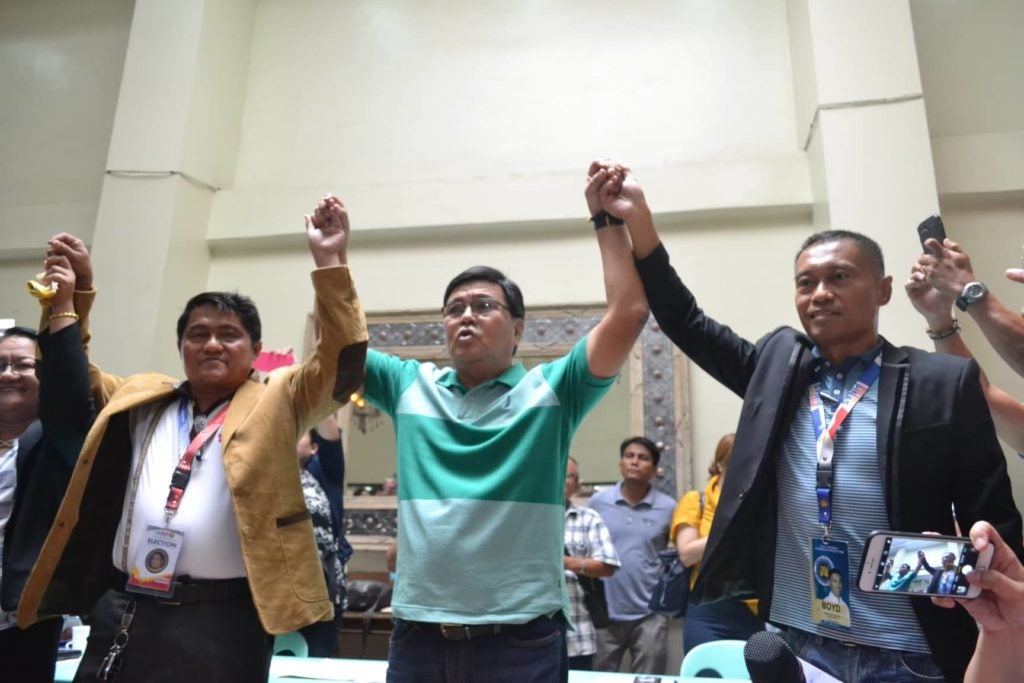 Now that the election is over, the Department of Interior and Local Government is organizing a good governance training for newly elected officials like Cebu City mayor-elect Edgar Labella and those who won their reelection in the May 13, 2019 midterm and local polls. /CDND File Photo

CEBU CITY, Philippines –  The Department of the Interior and Local Government (DILG) is now preparing to train a total of 17,754 government officials who were elected for the first time or given a fresh mandate during the May 13, 2019 election on how to become effective local government leaders “who will steer their respective localities to greater heights of peace and development.”

DILG Undersecretary and Spokesperson Jonathan Malaya said that their training arm, the Local Government Academy (LGA), will facilitate the training that will be scheduled to start within the month.

“Whether you are a newbie or veteran in the local government arena, the DILG under the leadership of Secretary Eduardo Año is prepared to equip you with the necessary knowledge and skills in governance to enable you to deal with the critical challenges of your office,”said Malaya.

An advisory posted at the DILG Philippines Facebook page this afternoon, May 20, says that the agency accounted for a total of 17,754 local officials who were elected in the May 13 national and local midterm elections. This consist of 81 governors, 81 vice-governors, 780 provincial board members, 145 city mayors, 145 city vice-mayors, 1,628 city councilors, 1,489 municipal mayors, 1,489 municipal vice-mayors, and 11,916 municipal councilors nationwide.

“We are just waiting for the proclamation of winners in all provinces, cities, and municipalities before we will officially commence the NEO (Newly Elected Officials) program within this month,” Malaya was quoted as saying in the DILG Philippines post.

Malaya said that the May 13 winners will be made to undergo a series of capacity building training “for them to align their local agenda with the national priority thrusts of the Duterte administration including the fight against illegal drugs, criminality, corruption, violent extremism as well as the federalism advocacy drive.”

“With the elections now behind us, we assure you of the DILG’s commitment to guide both the re-elected and first time local officials on how they can best serve their constituents,” he said.

Malaya said that the NEO program consist of five components that will be done through on-site training, webinar series or online coaching sessions.

Component 1 will focus on ensuring smooth transition from the current to the incoming administration. This will involve the creation of transition teams, conduct of turn-over ceremony, and LGU and NEO competency profiling.

Component 2 covers the orientation for NEOs, developing executive-legislative relations, and LGU guide to action while component 3 will dwell on the creation of  the roadmap for LGU development, planning and alliance building.

The fourth component is on sharpening the competencies of LGU officials and their staff while component 5 will tackle LGU performance management with focus on performance assessment.

“The DILG will ensure that local officials, as partners of the national government in nation-building, will be ably equipped with the right knowledge and skills to make them ready to manage the affairs of their respective LGUs and effectively address the needs of their constituents,” he said.

Read Next
Outstanding athletes in Prisaa, Palaro to represent PH in international competitions