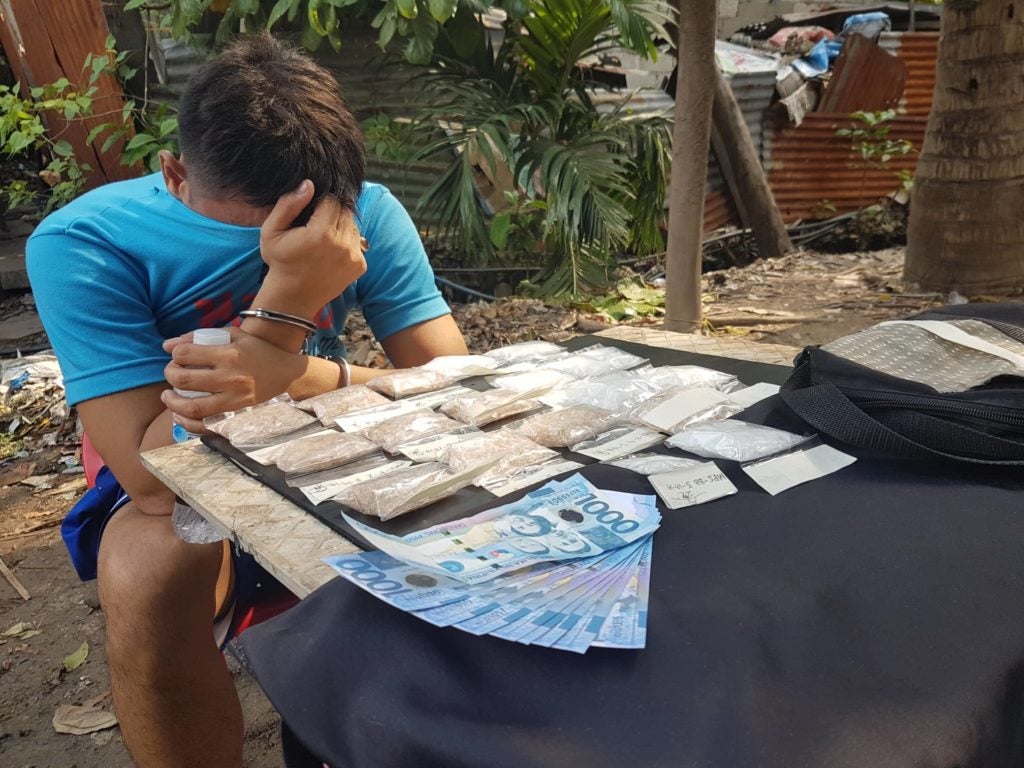 Marvin Saberon, 25, of Sitio Lahing-Lahing, Barangay Mabolo, Cebu City after he was caught with P2.8 million worth of suspected shabu in a buy-bust operation. | Benjie B. Talisic

CEBU CITY, Philippines — It is of high quality and more potent drug than the white shabu.

“Nagkamali kami. High quality ang brownish, because when you inhale the substance, makaroon ka ng after effect. Yung “suave” na effect,” said Garma as she described the report of the CCPO Crime Laboratory about the confiscated brown shabu.

(We were wrong. The brownish is high quality, because when a user inhales the substance, the user gains an aftereffect. A “suave” kind of effect.)

She also said that the brown and white shabu had similar prices in the market.

She also said that they were still investigating where these suspected shabu came from.

Garma announced the Crime Lab’s assessment of the drug after Sunday afternoon’s operation where Marvin Saberon was arrested after he was caught with 425 grams or 10 packs of brown shabu.

The confiscated drug had an estimated Dangerous Drug Board value of P2.8 million./dbs