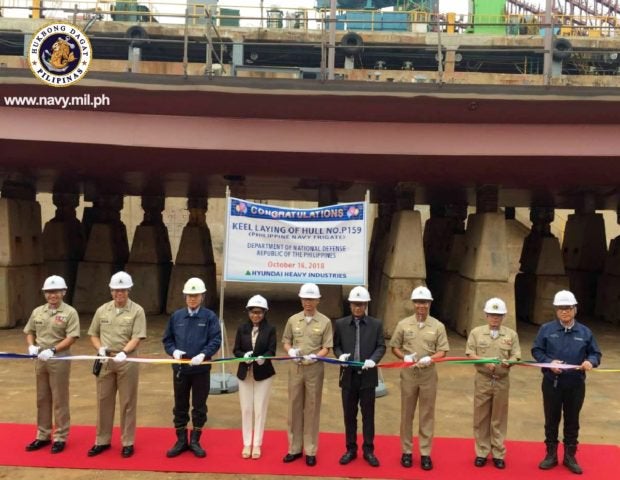 SEOUL, South Korea — Korean shipbuilder Hyundai Heavy Industries (HHI) is set to launch the first of two missile-capable frigates of the Philippine Navy on Thursday, May 23.

During a ship launch, a prestigious event by tradition, the vessel will hit the water for the first time and will be floated out of the yard.

BRP Jose Rizal (FF-150) is the first of two frigates signed under a P16-B contract between HHI and the Philippine government in 2016.

Controversy marred the big-ticket project last year after it was alleged that Malacañang intervened in the selection of the combat management systems for the two frigates.

Read Next
USJ-R volleybelle sets aside rivalry with USC for one goal: Win the gold in the Prisaa National Games