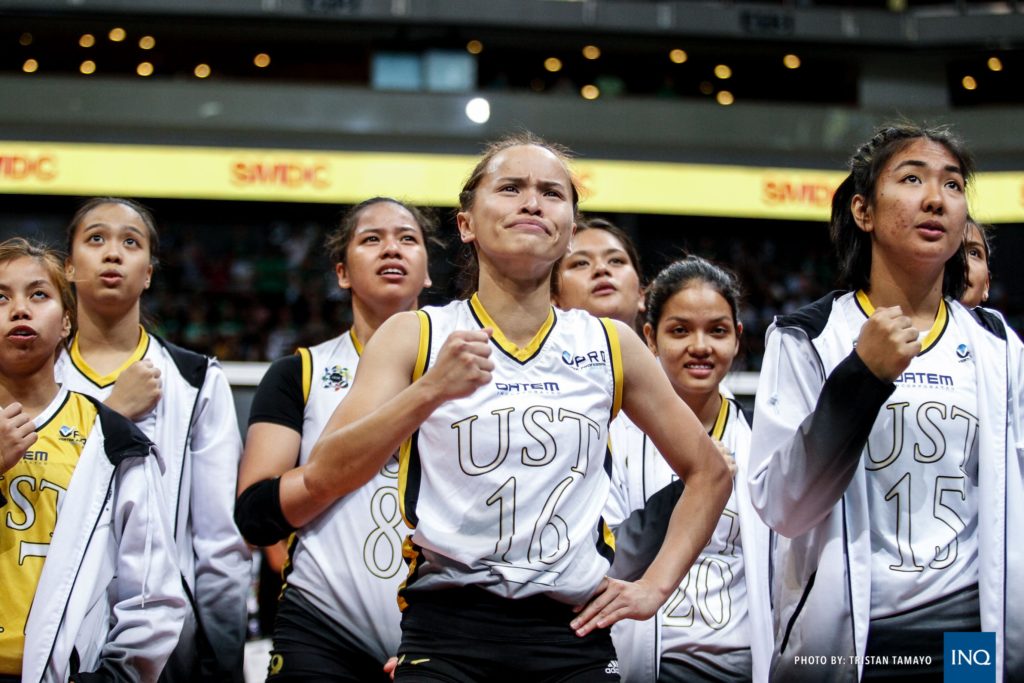 CEBU CITY, Philippines — Cebuana ace spiker Cherrie “Sisi” Rondina may not have been able to bring home the UAAP women’s volleyball title to the University of Santo Tomas in her fifth and final year playing for the Tigresses but she continued to bring honor to her school.

The petite yet explosive Rondina was named the Season 81 Athlete of the Year for Collegiate Team Sports during the UAAP’s closing ceremonies on Tuesday, May 21, 2019, at the Mall of Asia Arena.

Rondina, the pride of Compostela town, northern Cebu, won the Most Valuable Player awards for both beach and indoor women’s volleyball.

She was able to give UST the crown in beach volleyball but fell short in the indoor game as they fell to the Ateneo Lady Eagles in the finals.

UST’s Queen Tigress is the first volleyball player since Alyssa Valdez to be named UAAP Athlete of the Year. /celr

Read Next
Central Visayas heating up in Prisaa National Games