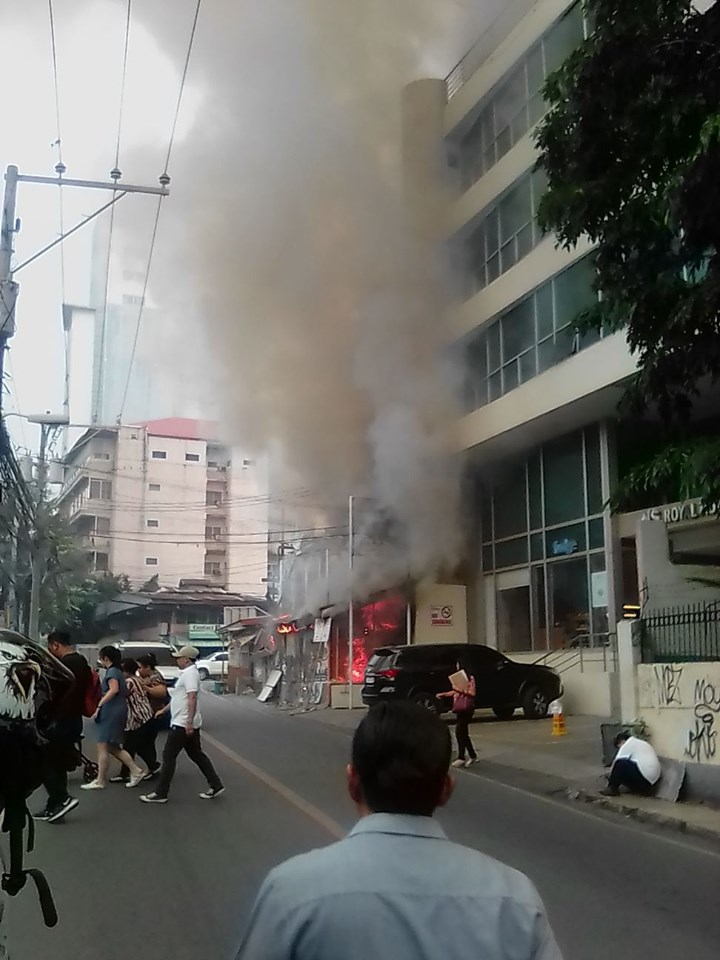 CEBU CITY, Philippines — Did the rugby boys cause the fire that razed an abandoned  two-storey commercial building along Juana Osmeña Street, Barangay Camputhaw, Cebu City at mid-afternoon on Friday, May 24?

This is one of the possibilities that Cebu City fire investigators are checking to find out what really caused the fire.

Fire Officer 3 (FO3) Nielson Daculan, one of the firefighters who responded to the fire alarm, said that there were some witnesses who claimed that a group of teenagers frequenting the abandoned commercial building, were the last persons seen leaving the building before it caught fire.

Daculan said that the teenagers were believed to be “rugby boys”  or those who would sniff rugby, a solvent or a kind of glue, that these boys use to get high.

“Around 1 p.m., workers in the area were trying to shoo them out of the building, but they eventually returned back inside,” said Daculan.

He also said that the building was bound to be demolished.

There were no injuries reported in the fire incident./dbs