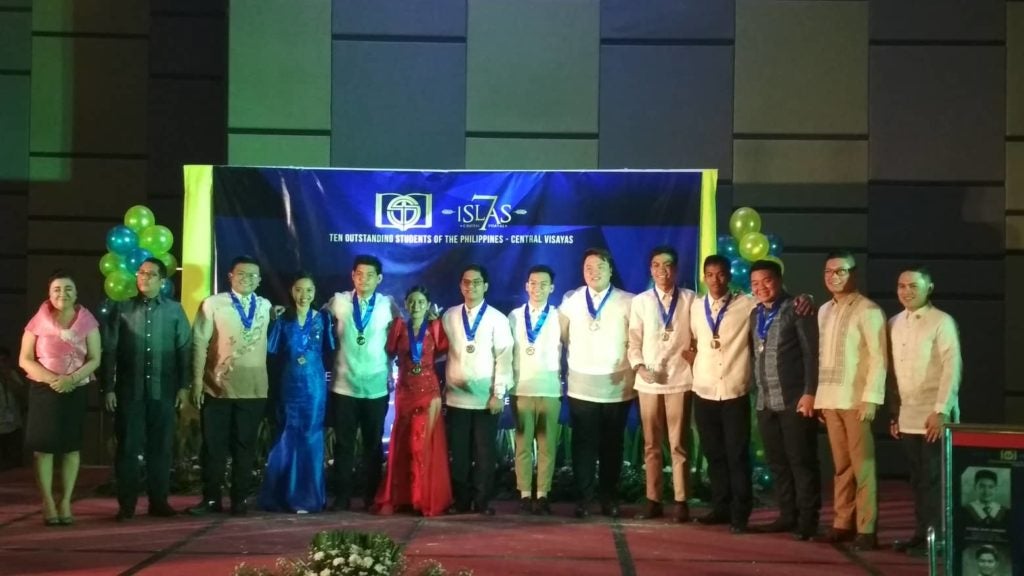 Nine of the ten students recognized as among this year’s Ten Outstanding Students of Philippines in Central Visayas are from Cebu. | Gerard Francisco

Janryl Tan, who made headlines this year for beating the odds to finish his Civil Engineering degree with flying colors, was adjudged as one of  the region’s best after facing a five-person panel on Saturday, May 25.

Read more: Janryl’s journey from a barangay tanod to a civil engineer: A step closer to fulfilling his dream

Joining Tan as part of the Top 10 are eight other students who graduated from universities in Cebu province and one student from Silliman University in Negros Oriental.

UC students, who made it to the Top 10, are Marc Lennard Colina, Shyra Marie Miñoza and Niño Jan Miole.

June Jan Genelsa and Denxybel Montinola, who graduated from the University of San Carlos on May 25 in the morning, also received recognition as two of the regional awardees.

Carlisle Naudyn Caroro from Silliman University is the lone student outside Cebu province to grab a spot in the prestigious search.

The 10 outstanding students were recognized in an awarding ceremony held at the SM Seaside City Cebu Skyhall.

Central Visayas is one of the regionalized areas which means that a regional search is held prior to the national search.

This year, 20 finalists were chosen from 36 nominees after a rigorous screening process that involved thorough examination and deliberation based on the students’ submitted bidbooks.

The 20 finalists then gathered in Cebu City for the regional week which included a two-day formation program facilitated by the TOSP Alumni Community.

The 20 finalists underwent another round of interviews and faced a five-person panel of judges, who determined the top 10 awardees.

The 10 awardees are officially the region’s nominees in the TOSP national search.

They will undergo another round of screening, along with awardees from different regions, to determine the Top 30 national finalists.