NBA FINALS: A look at the matchups in the Warriors vs Raptors series

The position matchup breakdown for the 2019 NBA Finals between the Golden State Warriors and Toronto Raptors: 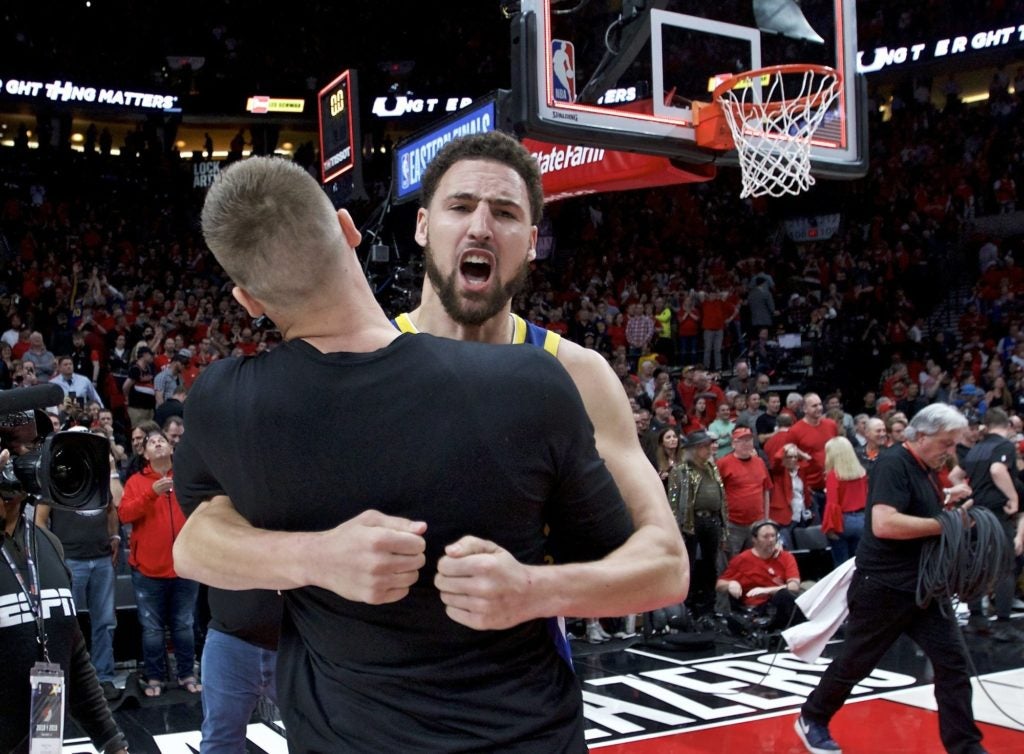 Analysis: All respect to Lowry, whose toughness and leadership are both comically overlooked because people tend to see only scoring, but this matchup clearly tilts Golden State’s way. Curry and Thompson have averaged 42.5 points combined in their first 22 finals games together and even on their bad days are two of the most feared shooters in the game. Toronto simply needs more from Green, who is shooting only 32 percent in the playoffs and 31 percent from 3-point range. Toronto won the last four games of the Eastern Conference finals even while Green went a staggering 1 for 15 from 3-point range. But he’s had enormous moments in the finals before, and is a 52 percent shooter from 3-point land in 12 previous finals games. 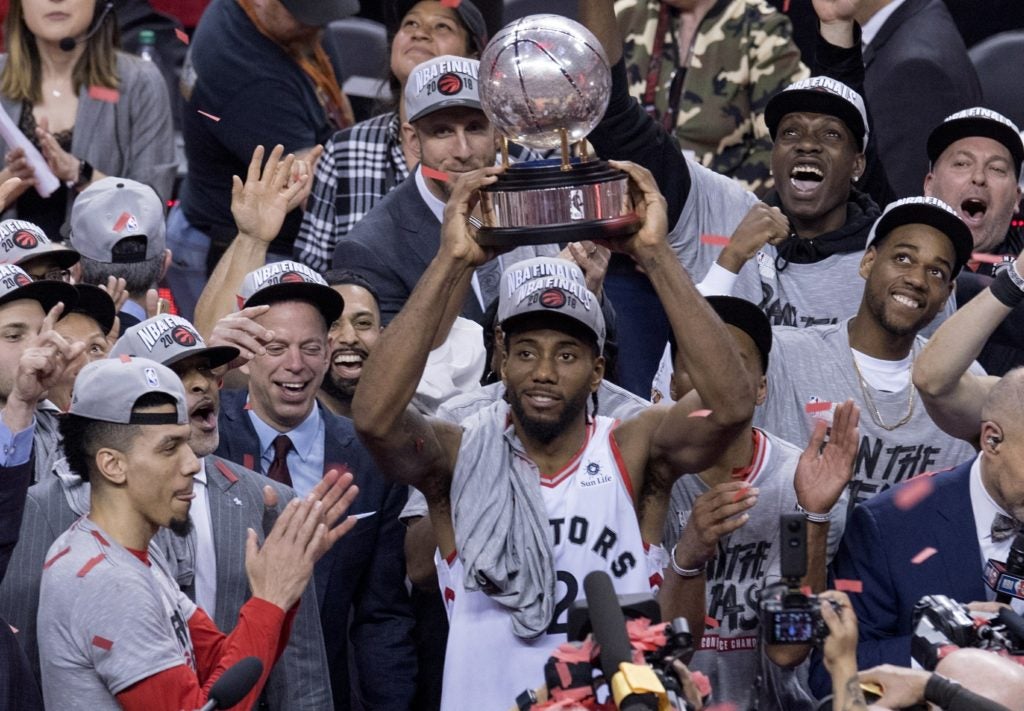 Analysis: Durant isn’t expected to be available for Game 1 because of his calf strain, and it remains unclear if he’ll play at any point in the finals. Iguodala is a past Finals MVP and Green may be playing the best basketball of his life right now, with keeping his emotions in check yet another bonus for the Warriors. Siakam has had great moments in these playoffs and is likely the most improved player in the NBA this season. But this matchup comes down to Leonard, who has willed the Raptors through every tough moment they’ve faced in the postseason and has put himself in the best-player-in-the-world-right-now conversation. The Leonard vs. Green (or Iguodala) matchup when the Raptors have the ball will be fascinating.

Edge: Even, based on the plan that Durant is missing some of the series.

Analysis: Gasol has waited a long time for this first taste of the finals, and Bell — if he does actually start, which is in some doubt — has 35 points in 11 games this postseason. And don’t be surprised if DeMarcus Cousins, who has never played in a finals game and missed most of these playoffs with a quad injury, is back on the floor early in the series for the Warriors and back as a starter not long after that. So far in the playoffs, Gasol has made more 3s (28) than 2s (27) and 55% of his points have come from beyond the 3-point line.

Edge: Raptors, largely because of the uncertainty surrounding Cousins’ availability.

Analysis: The Warriors’ bench rotation will change if Cousins and/or Durant return. Golden State has averaged 24.6 points off the bench in the playoffs, which doesn’t look so hot, but a deeper dive shows how effective certain things have been for the Warriors. Looney has been fantastic, shooting 72 percent (50 for 69) in 329 minutes off the bench, and Livingston is looking for his fourth ring as a key reserve. Ibaka, assuming he doesn’t start at center, will get big minutes for Toronto and plays the two-man game with Leonard like they’ve been together for seven years instead of seven months. And VanVleet came up big time and time again toward the end of the East finals, his emotions bolstered by the birth of his son midway through that matchup. 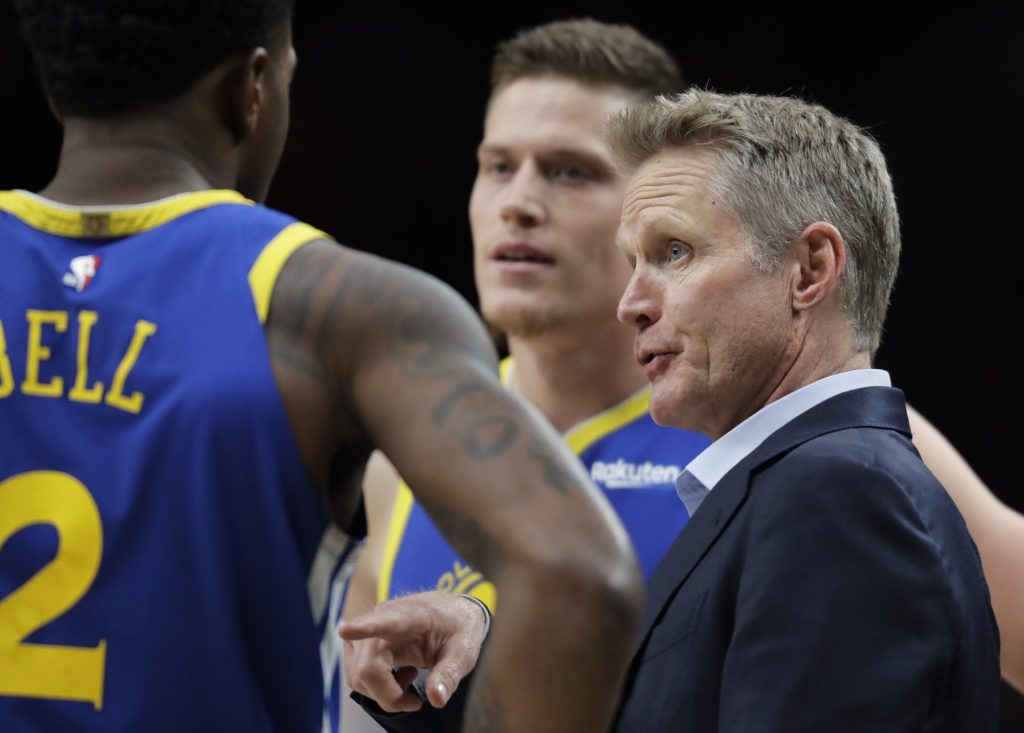 Analysis: Kerr won five rings as a player, has three already as a coach and somehow seems to always push the right buttons. Nurse has dealt incredibly well with the pressure that accompanied being a first-year coach who just happened to be replacing the reigning NBA coach of the year in Dwane Casey and had to lead a win-now-or-else team that went all in on moves to get players like Leonard and Gasol. 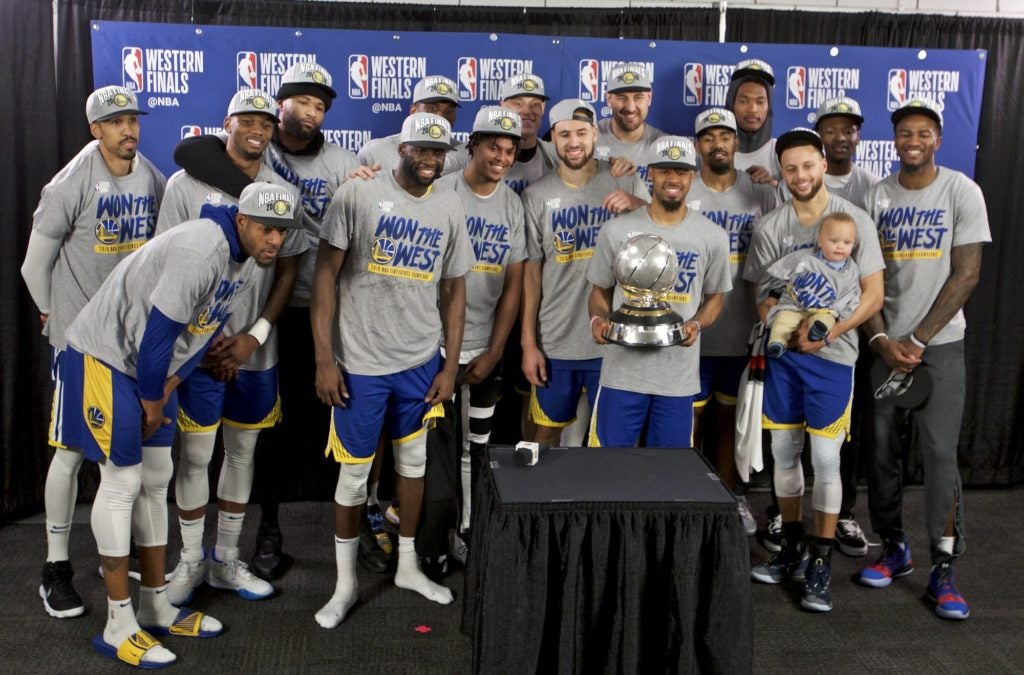 The Warriors have 10 players with a combined 140 games of finals experience; the Raptors have four players who have been in a combined 38 finals games. And the Warriors’ total doesn’t even count 49 finals games for Kerr (27 as a player, 22 as a coach). … First time in the finals for Toronto, last time in the finals for Oakland — the Warriors are leaving Oracle Arena for the new Chase Center in San Francisco after this season. … By the time the finals start, the Warriors will have gone 24 days since losing a game (May 6, Game 4 of the West semis against Houston) and by the time the series shifts to Oakland on June 5 they will have gone 20 days without a home game. … Toronto won the regular-season series 2-0. Before that, the Warriors had won 16 of the last 18 games between the teams.

Edge: Warriors, because of the experience factor.