Participating teams in this meet are split into two groups with the hotels in Cebu City and surrounding area placed under one group, and those in Mactan also placed in another. 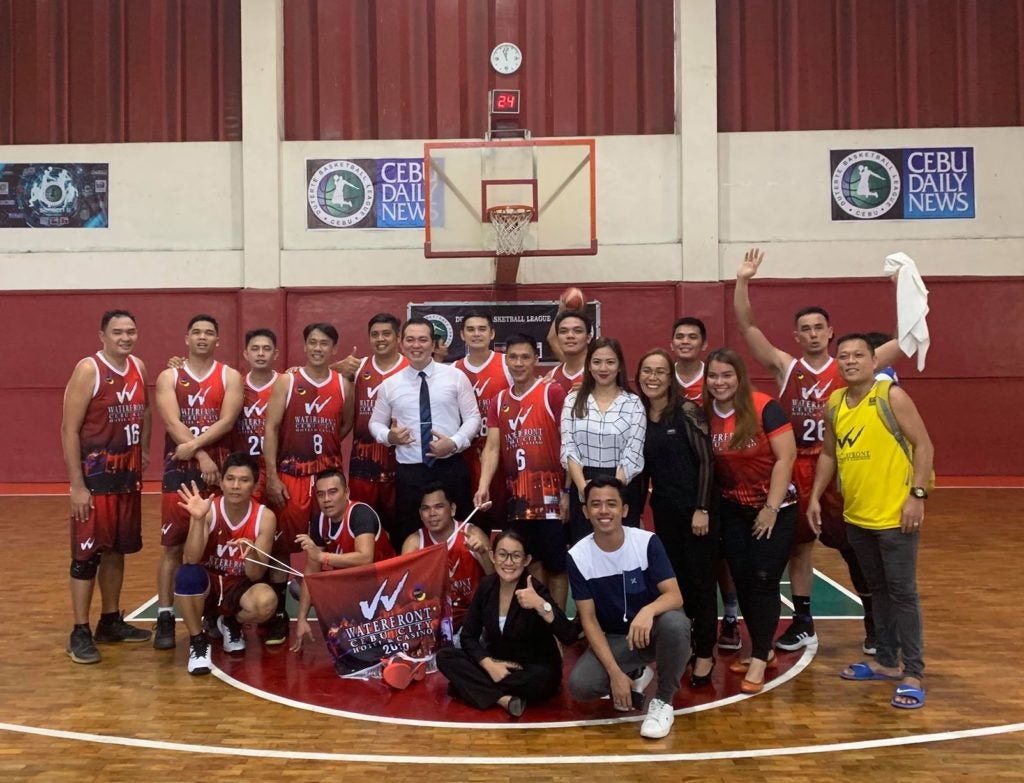 The basketball team from Waterfront Cebu City Hotel and Casino celebrate after their victory against Radisson Blu last May 28, 2019 at the Capitol Parish Gym. | contributed photo

According to tournament manager Danny Duran, since there are only six teams in the Mactan group, they will play in a double round robin format in the eliminations.

Teams in the Cebu City group will only play in a single round robin elimination format since there are 13 teams in the group.

Duran said that after the eliminations, the top four teams each from Cebu and Mactan will meet in the crossover knockout quarterfinals.

The emerging top 2 from each group will then meet in the semifinals which will follow a round-robin format. The top 2 will contest the title while those in the lower ranks will battle for third place.

Games in Mactan will be played at the Villas Magallanes while the Capitol Parish Gym will host the Cebu City games.

There will be other sporting events aside from basketball.

According to HRRACI’s Jean Daño, a volleyball competition will also begin on July 3 and will be held at the Sacred Heart School-Ateneo de Cebu.

Other events are swimming at the Cebu City Sports Center; bowling, billiards and darts at the Gaisano Bowlingplex; badminton at the Raquet Zone in MontebelloHotel; and chess and table tennis at the University of Southern Philippines Foundation (USPF).

The sportsfest will end on July 28 at the USPF, wherein aside from the basketball championship, a cheerdance competition will also be held as well as the search for Mr. & Ms. HRRACI 2019.

The HRRACI sportsfest is held every two years and is aimed at fostering camaraderie among the members of the hotel industry here in Cebu as well as strengthening families through sports. /bmjo