In seeking out artifacts and objects for a museum, it is often the serendipitous, the unexpected, that make one’s day. And the Museo Misamis, which will be inaugurated at 4 o’clock this afternoon, proves to be no exception.

Among the many objects on display in the museum, one will find thick bundles of handwritten treasury reports, asset inventory books, and accounting ledgers that date to the 1930s. There is also a book real estate tax declarations for the heritage town of Jimenez dating to 1906. Also on display are two sets of post office boxes in two rows of eight bronze doors each. One set, probably the only one that exists in the country today, sports bronze doors with the insignia of the United States: a bald eagle clutching three arrows; the other is engraved with the initials P.I. and the seal of the Philippine government prior to the inauguration of the Commonwealth in 1935.

How these and many more hardbound records and the P.O. boxes were found are an amazing combination of luck and some dogged sleuthing worth retelling.

A good friend of my student activist days, Albert Neri Medina, the provincial tourism officer of Misamis Occidental, had called me up early last month asking my help in completing the museum for the province. Back in 2017, I had handled a two-day Basic Museum Training in preparation for this same museum. 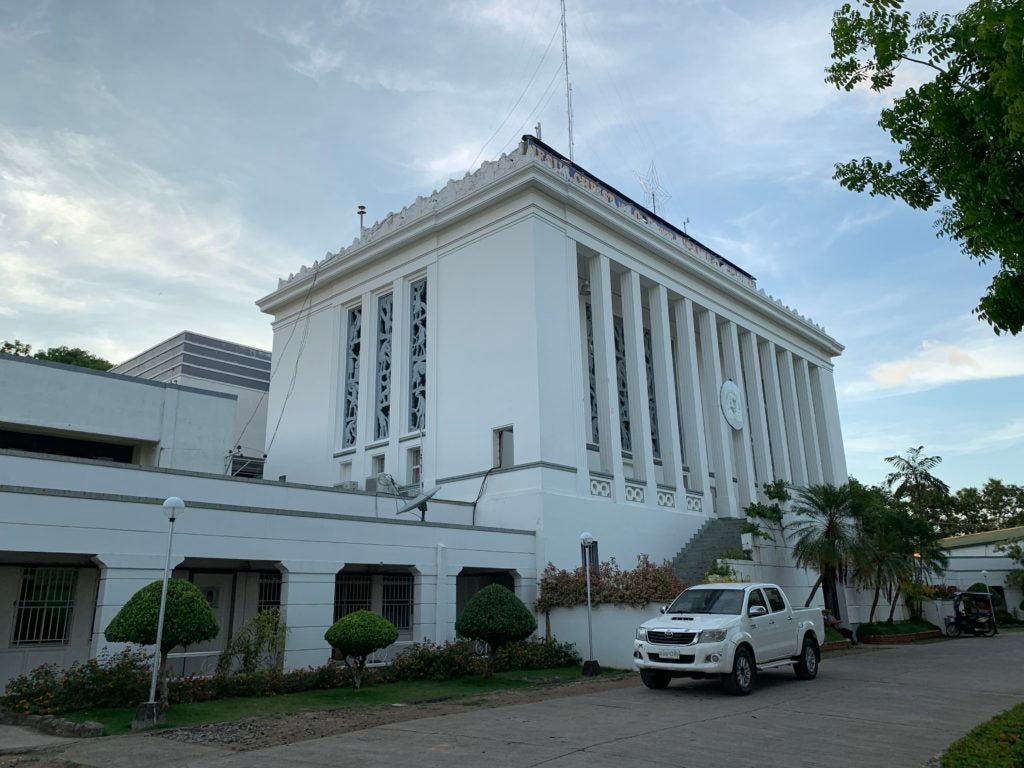 The Misamis Occidental Provincial Capitol with its south wing in the foreground where the museum is located.

Fast forward two years later and I found myself wondering if there was time to gather materials for the museum. And so I returned that same weekend to Oroquieta City, home to the Misamis Occidental Provincial Capitol, itself a gem of a building, where the museum was slowly rising at its south wing. (Constructed in 1935, this building was designed by Juan Marcos Arellano, the same architect of the capitol in Cebu).

Earlier, I had told Albert to write to all offices of the provincial government to ask for anything old enough to help tell the story of the province.

When I arrived, only the provincial assessor and the general services office had apparently responded: the former sending two thick, hardbound books full of the aforesaid handwritten declarations, while the latter sent old microscopes from the provincial hospital, a discarded 1960s Burroughs adding machine and a typewriter whose brand could no longer be determined. Later in the day, we were shown an old Winchester Model 12 shotgun which had been used by security guards of the capitol in the 1930s.

Meanwhile materials and objects used by the Subanen, the main indigenous group in the province, started trickling in, after Albert consulted with the group’s leaders. A local history enthusiast and retired public school teacher, Jesus “Loloy” Suico, had in the meantime drafted a historical timeline of the province to be promptly displayed in the museum.

I then returned to Cebu after the brief weekend trip wondering if there would be enough objects to really represent the long history of the province, from the time it was yet an undivided one up to the present. (Misamis was one province until the World War II war hero and martyr, Congressman Jose F. Ozamiz, sponsored a bill to split it into Oriental and Occidental, according to her only living daughter, Carmen, in 1929.) Little did I know that luck would smile upon Albert and his dogged staff. As they busied about cleaning and cataloguing artifacts and objects at a recently-vacated office, Albert had strayed into an adjacent building, curious but also intent on finding more objects for the museum. Lo and behold, in one dilapidated room he was confronted with stacks upon stacks of thick ledgers and other hardbound treasury and accounting documents! They had long been forgotten but someone in the distant past had decided to keep them instead of throwing them away. All told, the records run from the 1930s up to the 1960s.

As if this serendipitous find was not enough, discarded papers pertaining to mortgaged properties and service records of employees in the pre-war years were also found about a week later inside some discarded steel cabinets outside the Register of Deeds office. A section of the History Gallery.

There are many more stories of the unexpected that space will no longer allow to be included here. What is important is that, much like Museo Sugbo, the province of Misamis Occidental will finally have its own museum thanks in part to those who kept the evidences of the past as if waiting for this moment.

Kudos to the outgoing Gov. Herminia Ramiro for this achievement and to Alert Medina and the Provincial Tourism Office for their dogged determination to make the museum a reality.