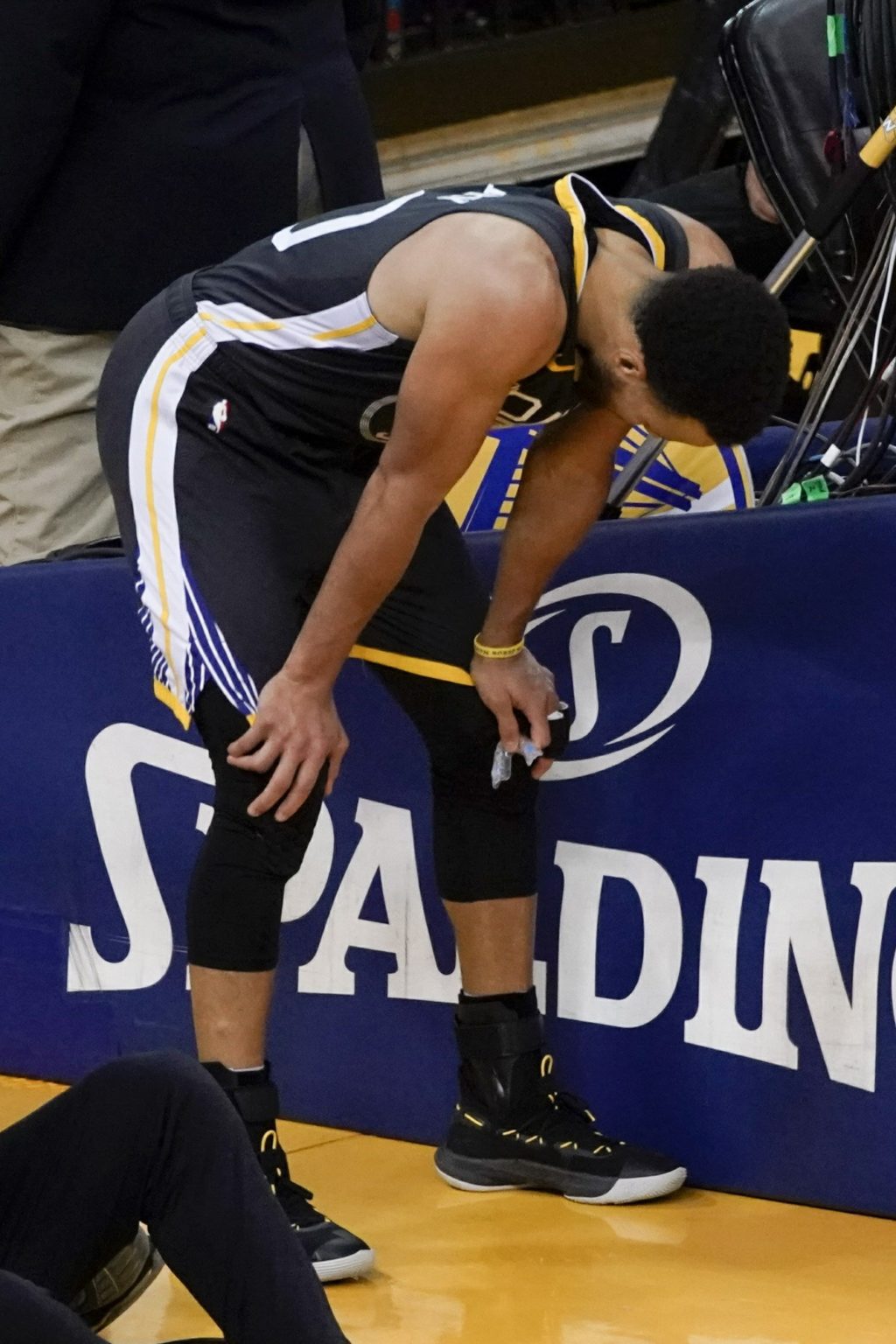 Golden State Warriors guard Stephen Curry reacts during the second half of Game 4 of basketball’s NBA Finals against the Toronto Raptors. | AP photo

OAKLAND, California  — Golden State coach Steve Kerr is fond of saying that the Warriors have seen everything in their five-year run as the best team in the NBA.

They are now looking at something they haven’t faced before.

They’ve successfully overcome a 3-1 deficit in the playoffs before — but never in the NBA Finals, and never when they needed to win two road games to win the series.

Such is their predicament. Oracle Arena might have seen the Warriors for the last time. The Larry O’Brien Trophy might be hoisted in Canada on Monday night. The Toronto Raptors are in full control of these NBA Finals, their 105-92 win on Friday night (Saturday morning, Philippine time) giving them a 3-1 lead and putting them on the brink of winning their first title.

Golden State’s hopes of a third straight title are hanging by a most precarious thread. The Warriors will be quick to say that even a 3-1 deficit in the finals isn’t insurmountable.

The Warriors learned that the hard way.

They blew such a lead in 2016, falling twice at home to LeBron James and the Cleveland Cavaliers. But the Warriors’ collapse that year was largely due to Andrew Bogut getting hurt in Game 5 and Draymond Green losing his cool and earning a one-game suspension. The Raptors have no such injury concerns, no such behavioral matters to deal with right now.

The Raptors are as poised as can be.

They were in trouble in each of the first three rounds of these playoffs — down 1-0 to Orlando, down 2-1 to Philadelphia, down 2-0 to Milwaukee. It steeled them. Toronto got better every step of the way.

Golden State looked the exact opposite on Friday night. The Warriors are still without Kevin Durant, endured a night where Stephen Curry struggled, and where their biggest boosts came from Klay Thompson returning from a balky hamstring and Kevon Looney playing through the pain of a cartilage injury in his upper body.

The Warriors made a run. Curry’s 3-pointer with 3 minutes left pulled Golden State within eight and gave the Warriors a chance.

And then they scored three points the rest of the way, before making the long, slow walk off the court and to the locker room.

It’s very possible they made that walk at Oracle for the last time.

When Golden State was down 3-1 in the West finals to Oklahoma City — and Durant — in 2016, it needed to win just one road game in order to escape that mess.

They need to win in Toronto twice now, after not being able to win at home even once.

Now, the biggest challenge of the Warriors’ five-year run is officially here.

Read Next
The hand behind Cebu-inspired cut-out dresses