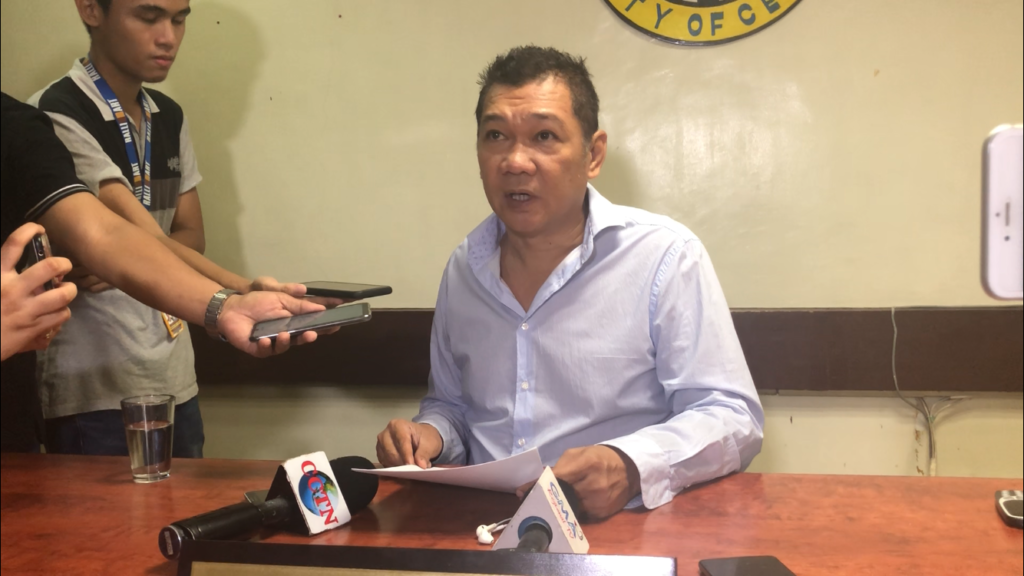 Guardo, who is a Bando Osmeña-Pundok Kauswagan (BO-PK) member,  also said that he had no plans of being a turncoat and join the incoming administration’s party, Partido Barug-PDP Laban.

In a press conference, Guardo denied allegations that Secretary Michael Dino, Presidential Assistant to the Visayas, and one of the leaders of PDP Laban in Cebu, had asked him to join their party.

He also denied talks about Partido Barug members inviting him to join their party as well or that he was offered any position in the incoming administration.

He said it was his choice to support Labella for the good of the city and also he would be stepping down from public office after losing in the recent elections.

(I have always stood for the betterment of the city. I am very consistent. I will support whoever the mayor is because I saw that without support from the everybody, city projects will often reach a deadlock, and most likely be stalled.)

This was not the first time Guardo pledged support to an incumbent mayor.

In 2013, he was a member of Team Rama, now known as Partido Barug, and was the barangay chief of Sambag I when then Mayor Michael Rama was still the city’s chief executive.

He ran under Team Rama in 2016 and won a seat in the Council representing Cebu City’s north district.

He moved to BO-PK after he was invited by outgoing Mayor Tomas Osmeña.

He said he agreed to shift parties after he felt betrayed by a Team Rama colleague for allegedly pushing for his suspension after he failed to submit the required documents during his sting as Sambag 1 barangay chief.

He then further cited another councilor of Team Rama for allegedly betraying him leading to his three-month suspension from the City Council in 2016.

He said these two instances had made him decide to remain with BO-PK when he would step down from his position.

He said he would focus on his private life and family business by then.

He also said that he would take a terminal leave as councilor of the north district less than three weeks before he would step down.