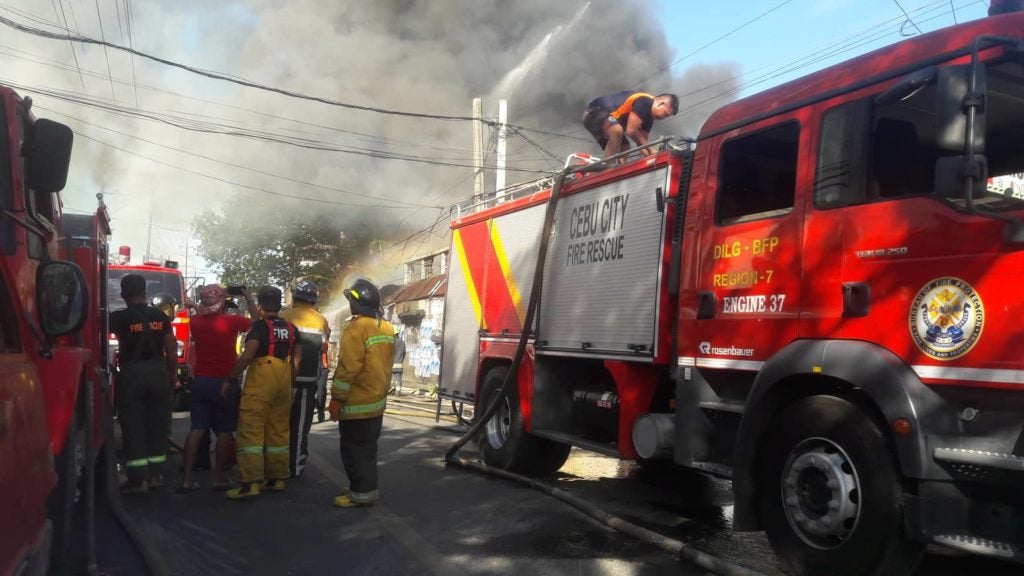 Firefighters prepare to put out the fire eating a two-storey house during the June 14 afternoon fire in Barangay Duljo, Cebu City. | Benjie Talisic

FO2 Hope Encarnacion of the Cebu City Fire Department pegged the damage to property at P100,000.

Encarnacion said that the fire was reported at 3:27 p.m.

After 13 minutes of battling the fire, this was raised to the second alarm where firefighters from nearby northern cities responded.

This was the second fire in Cebu City in 15 hours with the first one happening Barangay Quiot where three houses, a bunkhouse and a garage were destroyed by the past midnight fire on Friday, June 14.

Meanwhile, Encarnacion said that the fire in Duljo Fatima started in a rented room at the second floor of the house.

She said that the house was owned by Lagrimas Gonzalez, who had been living abroad.

Encarnacion said she would find out who the renter was and would invite for questioning to shed light on what started the fire.

No one, however, was hurt in the fire.