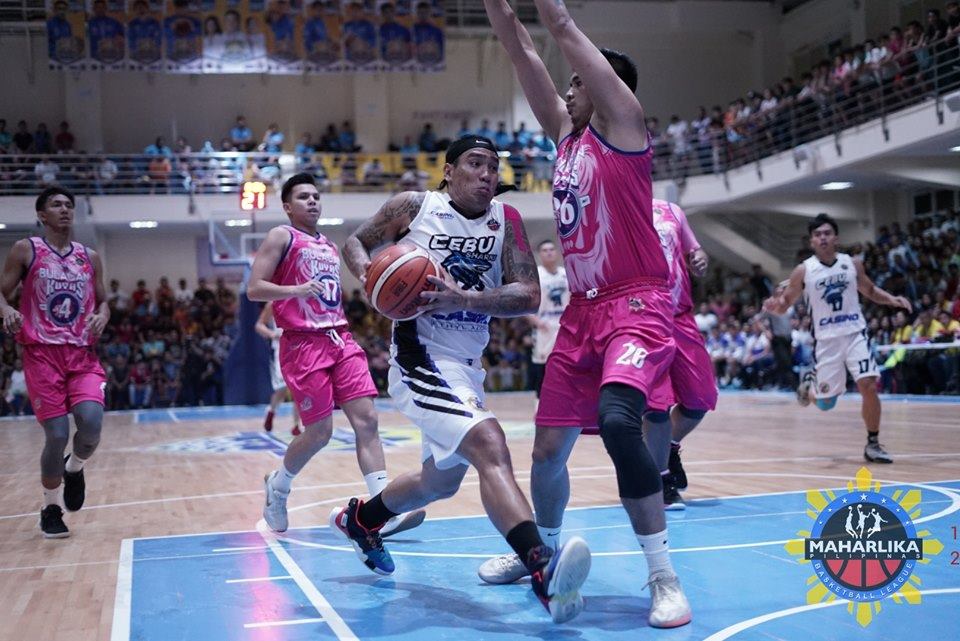 CEBU CITY, Philippines — The Cebu Sharks-Casino Ethyl Alcohol crumbled down the stretch and fell to the Bulacan Kuyas, 74-75, in the Maharlika Pilipinas Basketball League Lakan Cup on Friday, June 14, 2019, at the Strike Gymnasium in Bacoor City.

The loss was a nightmare for Cebu, as it appeared they already had the win in the bag with a 71-64 lead after a baseline jumper by William McAloney with 2:19 to go in the game.

However, a comedy of errors by the Sharks, two of which were committed by young point guard Michael Cenita opened the door for the Kuyas to go on a run and take the lead, 72-71, after a layup by Dan Sara. Bad passes by rookies AJ Coronel and Kraniel Villoria hastened Cebu’s demise as Bulacan put the win on ice with free-throws from Jovit dela Cruz.

Curiously, veteran point guard Eliud Poligrates, who was brought in to stabilize the Sharks’ backcourt, was sitting on the bench during that game-defining stretch.

McAloney led the Sharks with 14 points and seven rebounds while Edrian Lao came off the bench and had 12 points and eight boards. Villoria had 11 while Poligrates scored 10 in just 11 minutes of action.

Read Next
Five gift ideas for Dad on his special day