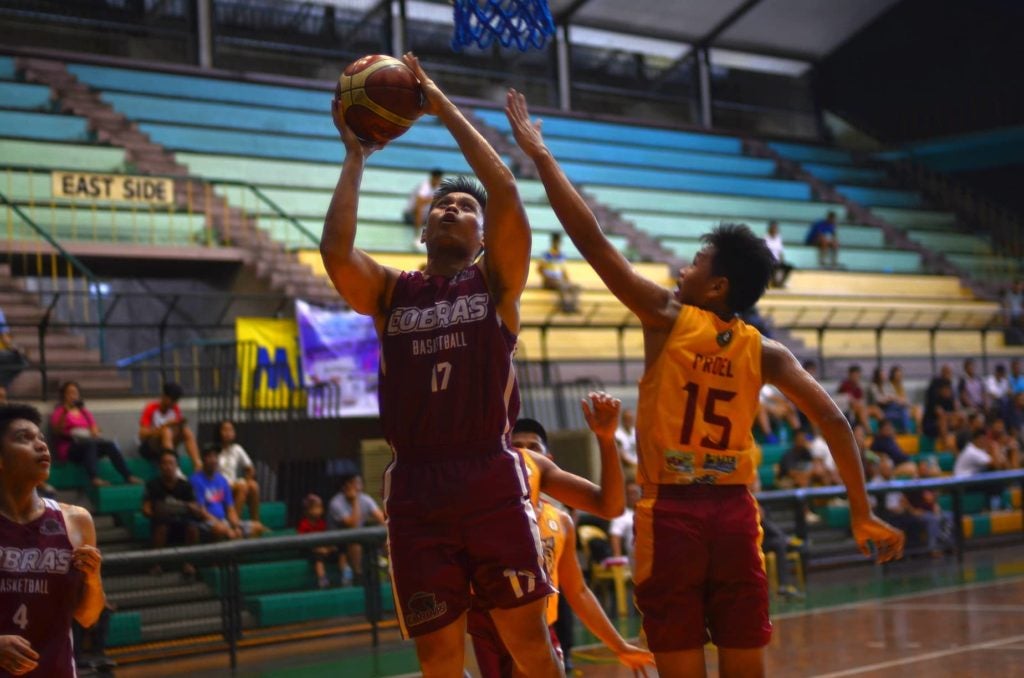 This is part of the basketball action in the SWU-Phinma Cobras-Tough Gear-CIT-U Wildcats game on Saturday, June 15. SWU-Phinma won the game. | Gerard Vincent Francisco

CEBU CITY, Philippines — The Southwestern University-Phinma Cobras grabbed a share of the lead in the standings after they defeated the Tough Gear-Cebu Institute of Technology-University Wildcats, 75-62, in the college division of the 2019 Cesafi Partner’s Cup on Saturday, June 15, 2019, at the USC gym.

The game was neck-and-neck as the Cobras held a four-point lead, 55-51, at the midway point of the fourth. However, the Wildcats’ pressure defense could not hold up and the Cobras took advantage of the gaps to score easy baskets in a searing 15-1 run led by foreign student-athlete Lamine Thiam, that put SWU in front, 70-52, with 2:14 remaining.

Thiam, a native of Senegal, scored eight of his game-high 19 points during that pivotal stretch that helped push the Cobras to the top of the standings, right alongside the idle University of Cebu Webmasters.

Jemcerson Sable led CIT-U with 11 points off three triples while John Jabonete put up 10. However, the Wildcats dropped to 0-3 to fall to the bottom of the standings./dbs

Read Next
Traffic in Mambaling underpass: Wait until Monday, June 17