Over 100 applicants hired on the spot in Kalayaan job fairs 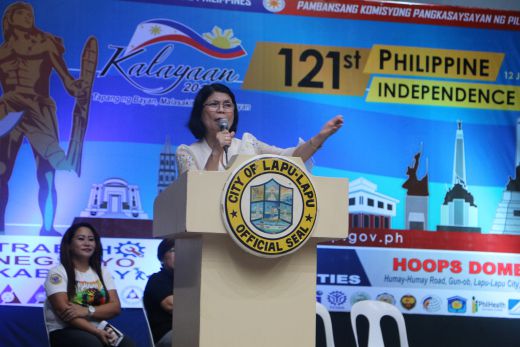 Director Salome Siaton of the Department of Labor and Employment says the employment rate in Central Visayas may improve with the favorable outcome of the job fairs that they organized on Independence Day. /Dole -7  photo

CEBU CITY, Philippines – More than 100 applicants, including six senior high school graduates, were hired on the spot during the simultaneous job fairs held during the Independence Day celebration on June 12.

In a statement, Director Salome Siaton of the Department of Labor and Employment in Central Visayas (Dole-7) said the six senior high graduates were among those hired for various positions such as marshals, electricians, production workers, and production operators.

One of them was 18-year-old Kristine Vil Bendoy, who was hired at the job fair held at the Lapu-Lapu City Hoopsdome. She will soon start working as a production operator in one of the industrial production companies in the city.

Bendoy graduated in April this year from the Babag National High School where she took the Accountancy, Business, and Management K-12 Strand.

She thanked Dole and the participating employers of the Kalayaan Job Fairs for giving her and the other Senior High School graduates the opportunity to be gainfully employed.

“I really wanted to work right after graduating from Senior High School to help support and provide the daily needs of my family. I have five siblings and we are being raised alone by my father who is a tricycle driver,” Bendoy said.

Siaton said that during the job fairs  a total of 124 applicants were hired on the spot but this number could still increase because there were 446 others who were nearly-hired.

Of the 446 near-hires, 297 were for local employment while the remaining 149 were for overseas employment. 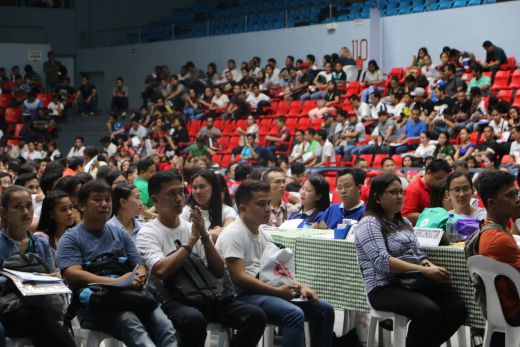 Applicants considered near hires are those that would be subjected to further screening and interviews or those that are asked to comply with additional requirements.

It was also possible that some companies did not hire applicants on the spot because the representatives were not the decision makers, she added.

Dole-7 will be closely monitoring the status of the “near hires” within the month for local employment and within 90 days for overseas employment. The Kalayaan job fairs were held in Lapu-Lapu City and in the provinces of Bohol and Negros.

Siaton also expressed hope that the region’s employment rate, which was at 94.8 percent as of January 2019, would improve further with the series of job fairs that they have organized this year.

The Department’s latest data also showed that around 1,417 applicants were qualified out of the 2,214, who registered during said job fairs. Fifty-six were referred to the Technical Education and Skills Development Authority (TESDA) for skills training.

They referred 27 applicants to the Dole for livelihood assistance; 151 to the Department of Trade and Industry (DTI) for business opportunities; and around 384 were referred to other participating agencies, especially those involved in the One-Stop-Shop Services./dcb