TABUELAN, Cebu—The third and last day of Lumba’g Laag sa Sugbo 2019 brought in a balance of challenges including making a bibingka (rice cake) and rappeling down a bridge to get the next clue.

The race ended on Sunday, June 23.

Here’s a recap of Day 3 in pictures:

The day started at the San Remigio Public Beach where two tasks were completed: cup stack and fill me in.

For cup stack, racers had to form a pyramid with the cups using only their feet.

Participants also had to fill in a holed bamboo to get their next task. 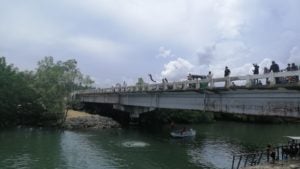 In Tabuelan, one member of the team has to jump from the Batawang Bridge, swim and retrieve the clue for the next task. CDND PHOTO / Cris Evert Lato-Ruffolo 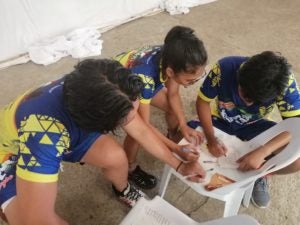 From the Batawang Bridge, the racers proceed to the Tabuelan Astrodome to answer another mind game. CDND PHOTO / Cris Evert Lato-Ruffolo

In Tuburan’s Molobolo Cold Spring , racers had to face an eating challenge of ampalaya, squash, green mango and tomato. 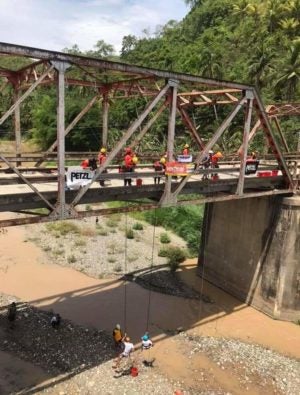 Two members of each team rappel down the Asturias bridge to get their next clue. CONTRIBUTED PHOTO / Aaron Que 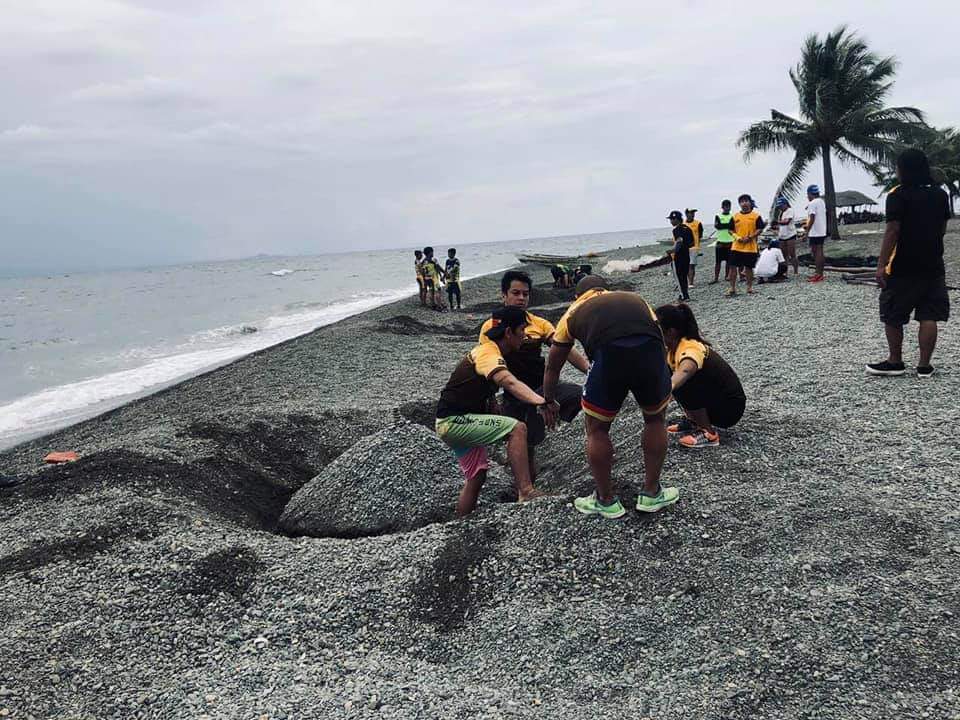 Team members’ hands are tied together to perform the task which requires them to pile-up medium-sized stones in the town of Asturias. CONTRIBUTED PHOTO / Aaron Que 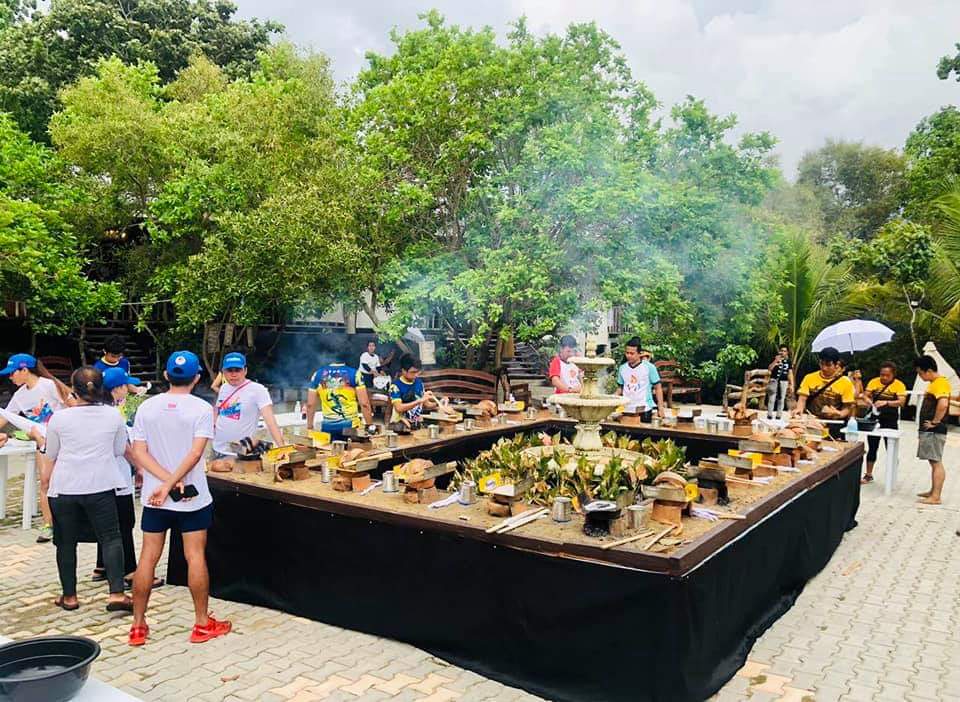 From Asturias, racers went to the Kool Adventure Camp (KAC) headquarters in the town Balamban. KAC is the flagship leadership and citizenship program of the Ramon Aboitiz Foundation Inc. (RAFI) that emphasizes adventure education.

Racers completed the task at the camp. Those who came in early were also treated to a tour, according to Hunat Energy Bar by Ralfe Gourmet Inc. racer Jonathan Dungog. 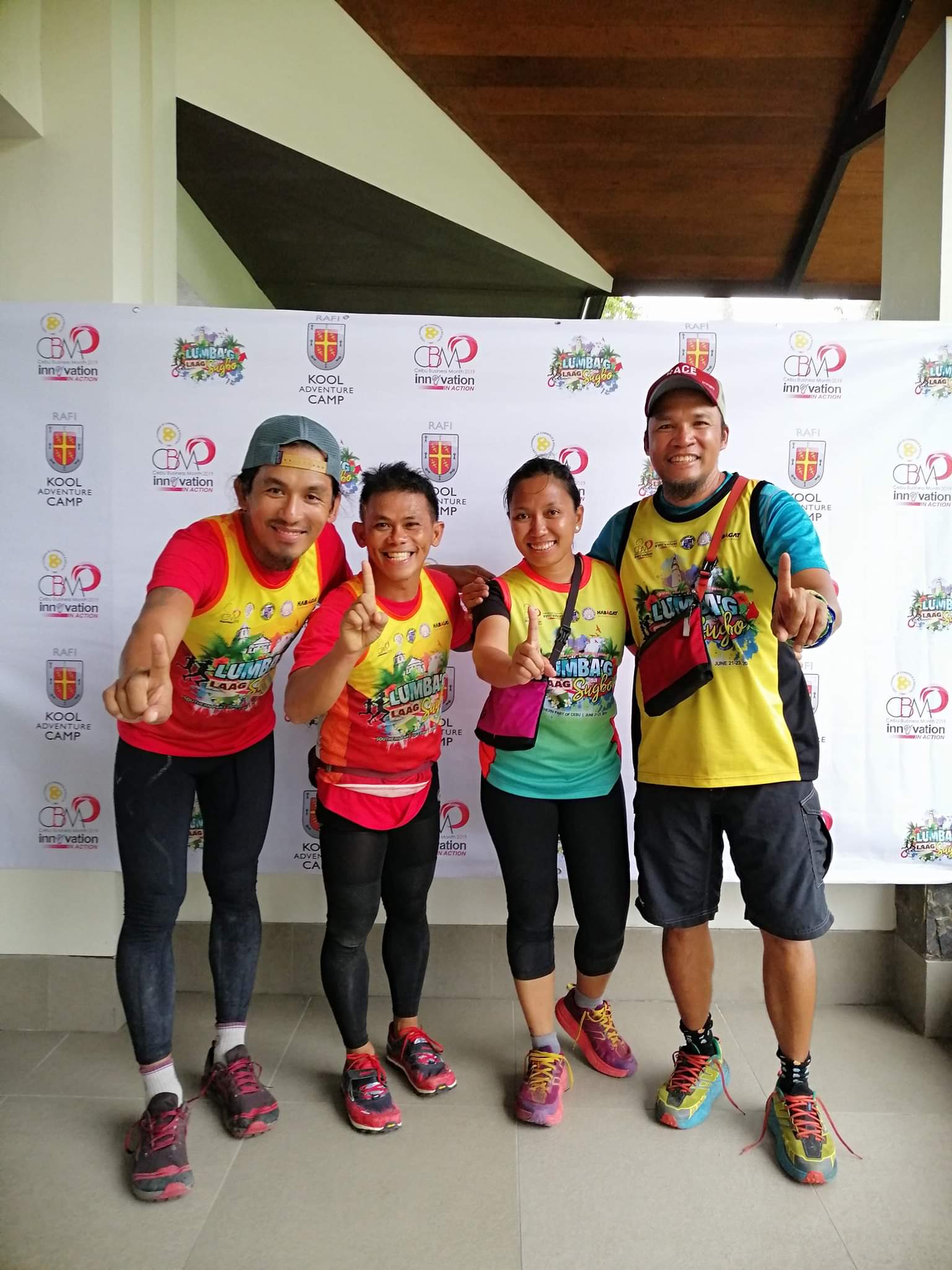 Lumba’g Laag sa Sugbo 2019 chairman Edilberto Mendoza considered this year’s race a success as “we were able to attain our objective of bringing the best of Cebu to the rest of the world.”

“Lumbag Laag Sa Sugbo 2019 indeed lived up to its promise of discovering new destinations, exploring the culture and heritage as well as the foods of the different northern municipalities,” said Mendoza.

“Our 20 competing teams had the feel and experience of all these plus the new friendships established,” he added.

Winners will be announced in a ceremony on Tuesday, June 25, at SM City Cebu. / celr