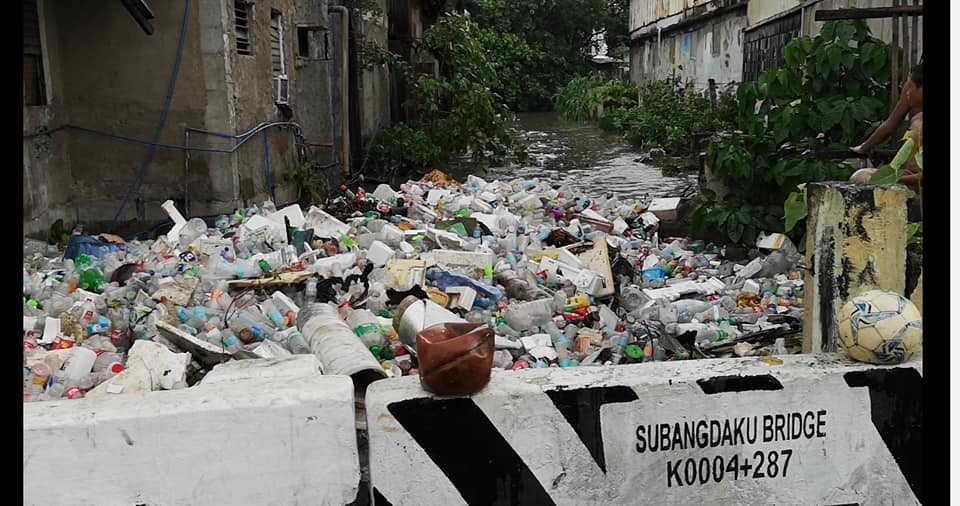 A creek full of trash is not really a good site to see. | Contributed Photo

Cebu City, Philippines—The “Siloy is Watching” post of CDN Digital that showed a huge amount of garbage stuck at the Mahiga Creek below the Subagdaku Bridge in Mandaue City after heavy downpour on Sunday afternoon, June 23, 2019, didn’t go unnoticed.

In fact, the post, which features photos from outgoing Mandaue City Vice Mayor Carlo Fortuna showing a pile of floating plastic garbage at the creek that overflowed to the street, has garnered 988 reactions, has been shared 340 times, and has 235 comments as of 12 noon of Monday, June 24, 2019.

Most of the netizens who left a comment on the post offered unsolicited advices not only to the government, but also to the residents of Metro Cebu. Here are some of the suggestions we picked up from the comments section of the post:

Nath Jumamul Aguitan was one of the many who said discipline should be the first move for a clean city.

(We must not blame it all on the government. The residents in the area should also do their part in keeping their area clean, and not throw garbage anywhere. Because when the day comes that heavy rain pours, it’s us people who will suffer. It’s all because of our garbage.)

“Why o why do people don’t want to instill self-discipline in throwing their trash?”

This is one of the many problems faced in the city as garbage is collected only once a week. This causes the garbage to pile up.

Bryan Karlo Tan said, “If garbage collection is consistent, I don’t think It’ll be an issue.”

Donato Manuel Canonoy Busa said “There should be a better way of the rapid collection and disposal of garbage.”

Nothing beats knowledge on simple things like proper segregation and proper disposal.

Netizen Dino Cañete said this is also the key to fixing the garbage problem.

“More education for garbage disposal [is needed],” he said.

Cresncia Alcuizar posted a photo about the plastic barter store in Cebu which might help in raising awareness for people to stop throwing their plastic garbage or plastic bottles elsewhere but rather barter it for some goods or donate it to the store.

STRICT IMPLEMENTATION FROM THE GOVERNMENT

Others suggested the government should be strictly implementing proper waste disposal.

Jewel Mendoza said, “ I think wala man gud proper implementation sa segregation and dili sad consistent ang pagkuha sa basura. True that the community should be taught discipline but it should be the government [who should] strongly implement the law starting from the LGU’s, especially sa mga barangays.”

“ This only shows the lack of discipline in proper waste disposal. Why not implement strict implementation and training to citizens who are dependent to government like 4Ps beneficiaries for example, the ways and means of proper garbage segregation and disposal before they will be given monthly aid. As I have observed, the government is only strict to the business sectors ‘coz they have no choice as they cannot get business permit without paying garbage fee and impose penalty for non compliance of garbage segregation.”

Most of the comments offered are actually useful suggestions the government and the residents can take into consideration in the hopes of finally solving our garbage problem that is mainly the cause for flooding in Metro Cebu.

The question now is if their suggestions will be heard by both residents and the different local government units of Metro Cebu. /BMJO