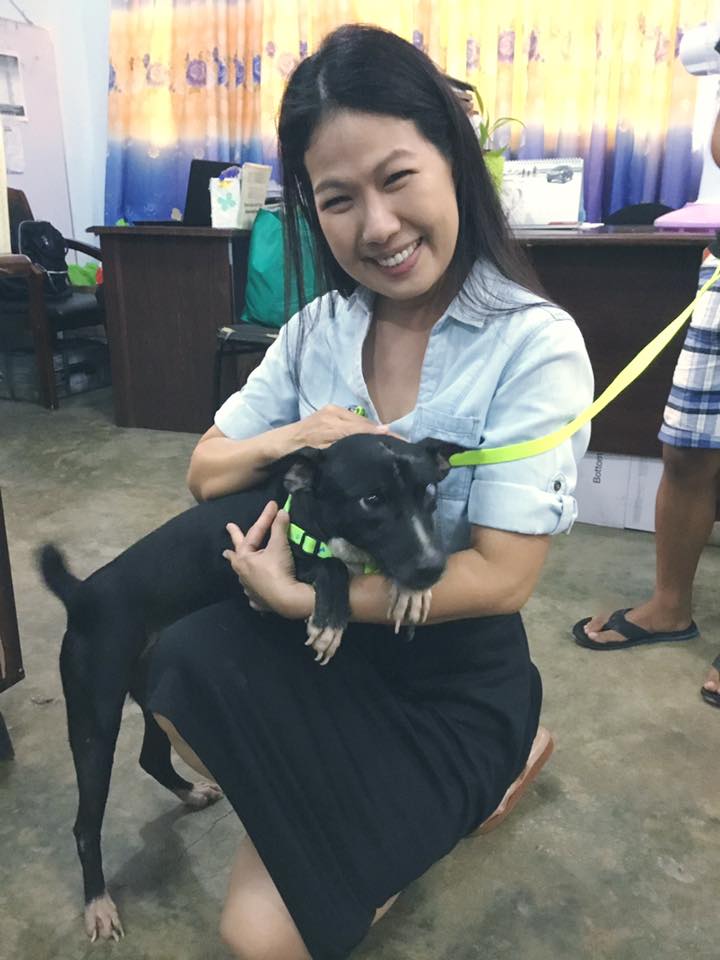 CEBU CITY, Philippines— Colleen has already found a new “mother” and a place that she can call her home.

The five-year-old Aspin (Asong Pinoy) was used as dog ambassadress by the Cebu City Animal Care and Control Office (CCACCO) in their adopt-a-dog campaign.

Dr. Alice Utlang, Cebu City veterinarian and head of the Department of Veterinary Medicine and Fisheries (DVMF), said that city pound personnel rescued Colleen from the streets of Barangay Banilad on December 7, 2017.  City pound personnel went to the area after they received a call from Banilad barangay hall personnel to report the presence of a “severely injured” dog there.

Utlang she said she never thought that black colored dog would live. A portion of her skull was exposed when found while her left eye was badly injured after Colleen reportedly fought with other dogs in the area.

(She had a head injury that exposed part of her skull while one of her eyes was severed from a fight with other dogs.)

Utlang said that while they treated Colleen’s injuries, they found out that she was a sweet little dog who was looking for someone to take care of her.

She said that the dog would immediately wag its tail and approach their office personnel or visitors for cuddling.

With the fondness that they have developed for the Colleen, Utlang said they decided to make her the ambassadress for their adopt-a-dog program.

Colleen was also allowed to roam their office premises to greet visitors with her bark in the last three years.

Just this morning, June 26, Utlang said she received a call from Bargamento who expressed interest to adopt Colleen.

(She (Bargamento) took pity of the Colleen because she was a good and a very sweet dog.)

Utlang is also asking other Cebuanos to visit their office located at the North Reclamation Area in Cebu City and take a look at their 94 other dogs that are up for adoption.

(My message is for all Cebuanos to love our own breed because it pains me to see that while we disregard local dogs, we give so much attention to those that are of foreign breeds. Why buy if you can adopt?  The love that purebred dogs can give is the same love that Asong Pinoys can also give us.) /dcb