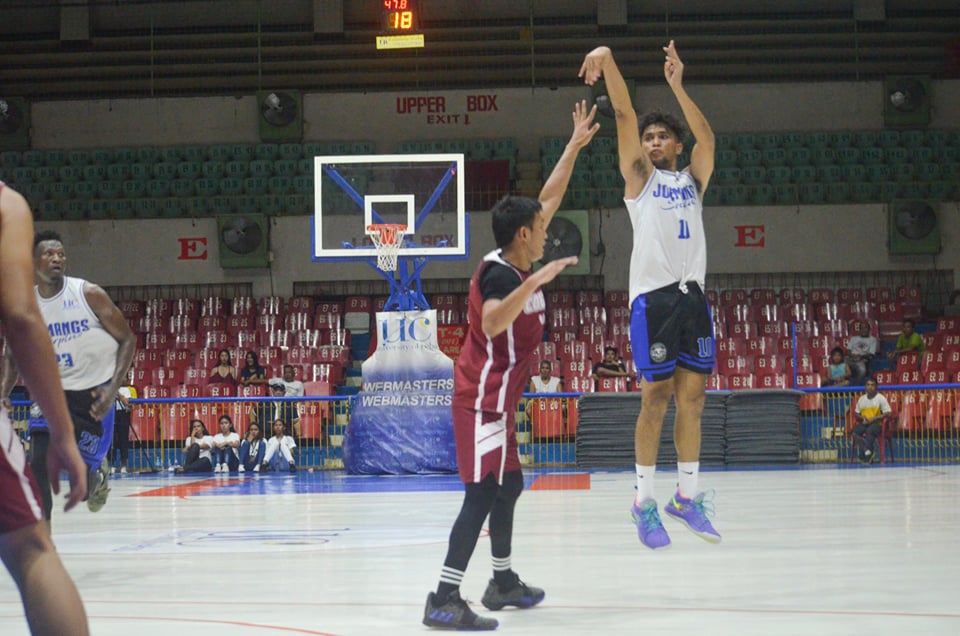 UC’s Tristan Albina came up with huge shots down the stretch but it wasn’t enough to keep the Webmasters from losing to FEU, 77-82. /Contributed Photo

CEBU CITY, Philippines – The Mair Construction-University of Cebu Webmasters faltered down the stretch and eventually got beaten by the ARQ Builders-Far Eastern University Tamaraws, 77-82, in the 2019 Bayugan City Mayor’s Cup Invitational Basketball Tournament on Wednesday, June 26, at the Lope Asis Memorial Gymnasium.

UC trailed by five late in the game but managed to knot the count at 74-all after two free-throws by Darrell Shane Menina and three-pointer from the left wing by Tristan Albina.

However, the battle-tested FEU squad did not flinch and got a basket from L-Jay Gonzales, a pull-up jumper from and a putback by Cebuano forward Barkley Ebona to put the Tamaraws up by six, 80-74, with 44.6 seconds left.

The Webmasters struck back with another triple from Albina to slice the deficit to just three and even had a shot at pulling closer after Menina came up with a steal and got fouled with 20.2 ticks remaining.

However, Menina muffed two from the line and Wendelino Comboy sealed the victory by calmly making two free-throws with 14 seconds to go.

The Webmasters will try to get on the winning track on Thursday, June 27, when they battle the HMMED Enterprise-Cagayan de Oro at 10 a.m. /dcb