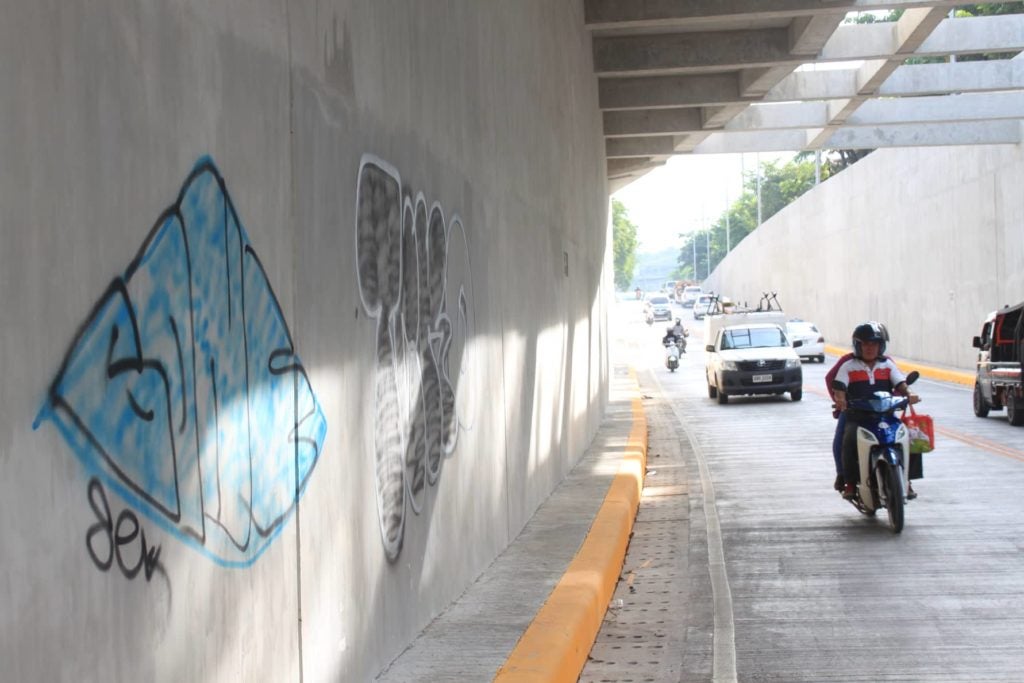 CEBU CITY, Philippines – A week since it was formally opened to the public, vandals have started to leave their marks on the Mambaling underpass in Cebu City.

Director Mario Montejo, assistant regional director of the Department of Public Works and Highways in Central Visayas (DPWH-7), said that he already wrote Engineer De Florida Nuñez, head of the Cebu City Engineering District, to ask for the deployment of personnel that will monitor activities at the underpass to discourage vandalism.

(We will be adding personnel to oversee the project in addition to the CCTV (that we will soon install) and the augmentation that we are expecting from the barangay.)

Montejo said that they will also hasten the turnover of the project to the city engineering district for maintenance.

But until the turnover is made, Montejo said that they will have the valdalized area on the wall of the project’s southbound lane repainted.

Francisco Ouano, head of the Cebu City Transportation Office (CCTO), said that Mambaling officials should deploy tanods in the area to discourage vandals.

Ouano said that if the vandals wanted their artwork on the walls of the underpass, they should have done their drawings in a more creative and colorful manner.

He warned that anyone caught for vandalism will be arrested and turned over to the police for the filing of appropriate charges against them./dcb