MANDAUE CITY, Cebu — Not even Tipolo National High School has escaped the wrath of the dawn fire that wiped three sitios in Barangay Tipolo here on Thursday, June 27. 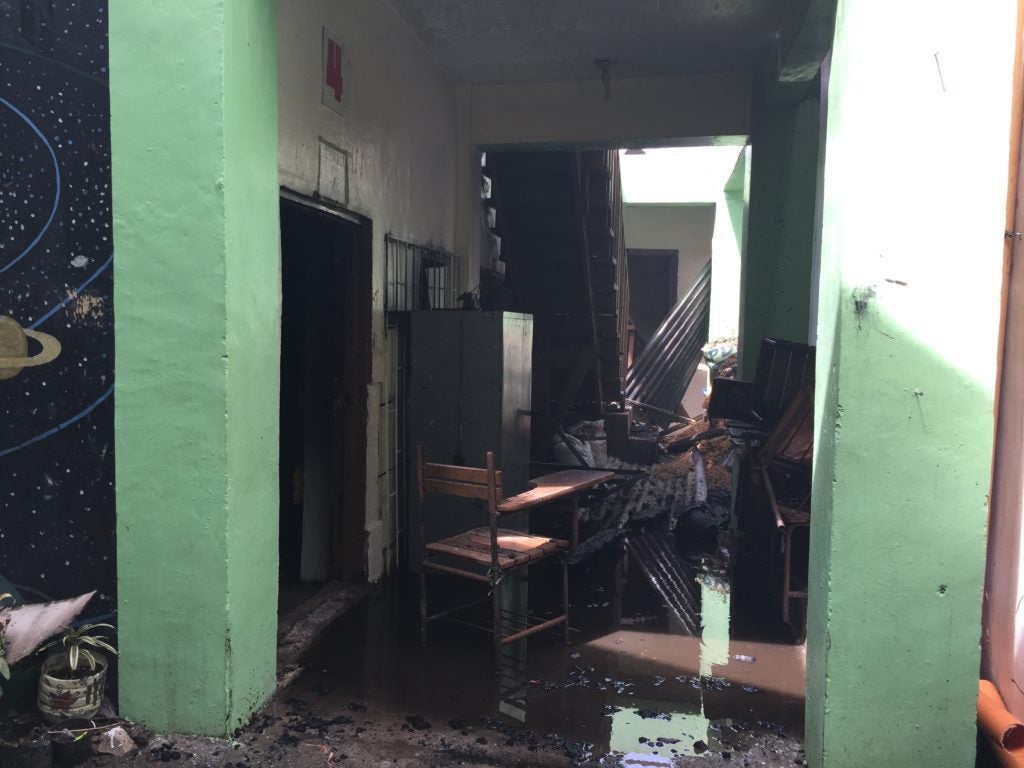 A two-story, two-classroom building in Tipolo National Highschool was totally burned by the fire that razed three sitios in the barangay on Thursday dawn. | CDN Digital photo/Rosalie Abatayo

A two-classroom school building was totally burned while eight classrooms from another building were also damaged, making it unsafe to hold classes at the moment.

The ground floor room of the totally burned building is also used as the school property storage room which contains the books and other learning references of the school.

The school administrator has temporarily suspended classes here for Thursday and Friday  to give way to the clearing of the debris and for fire investigators to conduct the necessary inspections.

But as it resumes classes on Monday, July 1, this school will have to squeeze classes of 20 sections, from grade 7 to 10, in the five classrooms which were not damaged from the fire.

“We willl make it sure that on Monday, we will be able to hold classes na. However, magsacrifice gyud ang mga bata kay we only have kani (5) na man lang nga academic classrooms,” said Tipolo National High School Principal Miriam Morata.

(We will make it sure that on Monday, we will be able to hold classes on that day. However, the children would have to sacrifice because we only have these five academic classrooms.)

From presently 5 sections for every level, Morata said they would be fusing the students in two or three sections to accommodate them in the classrooms.

Mandaue City Acting Mayor Carlo Pontico Fortuna said the city would be allocating funds for the repair of the damaged classrooms.

The Mandaue City Council was set to hold an emergency session on Thursday afternoon to declare a state of calamity in order to make funds available for the aid of the fire victims.

The Mandaue City Fire Department has estimated the damage caused by the dawn fire at P1.3 million with more than 1,000 families displaced.