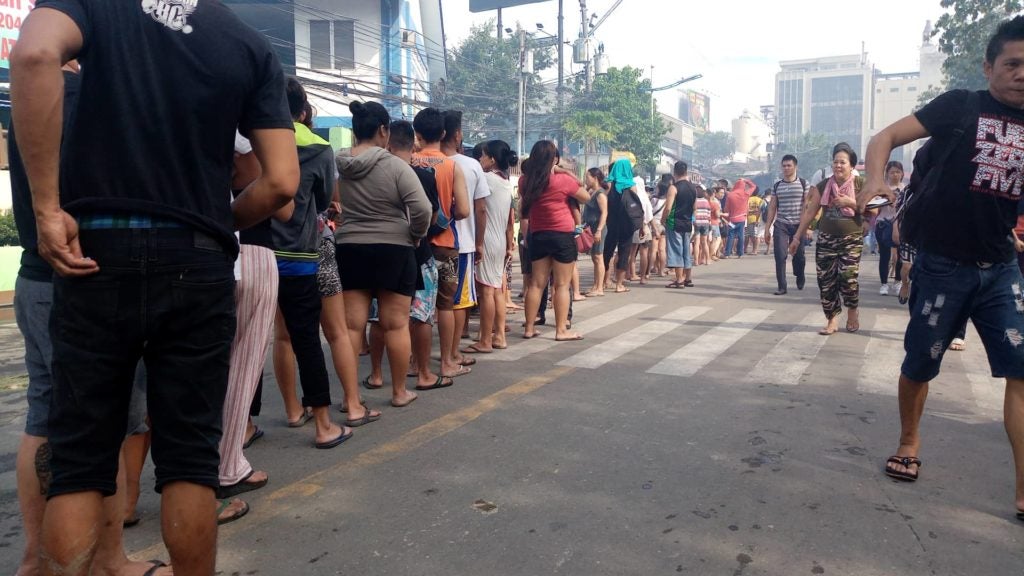 MANDAUE CITY, Cebu— The barangay council of Tipolo, Mandaue City will convene in an emergency session this morning, June 27, 2019, to declare a state of calamity following the dawn fire that razed three sitios here.

Tipolo Barangay Captain Romana Cuizon said they have  P335,000 from their quick response fund, which they can use to aid the fire victims.

Cuizon also appealed for donations for the fire victims. Those interested to give donations can go to the Tipolo Barangay Hall.

Based on barangay records, at least 500 structures stand in the three sitios affected by the fire, while at least 1,000 families occupy the razed houses.

The City Social Welfare Services (CSWS) Office of Mandaue City has recommended the evacuation site for the fire victims to be at Tipolo Elementary School. However, most of the fire victims remained at the roadside across the fire site as they did not want to leave their burned houses.

Those whose houses are partially burned as wells as the renters and sharers will also be given P5,000.

Hot meals were already served by the CSWS office to the fire victims on Thursday morning.

Mandaue City Fire Department declared the fire under control at 5:25 a.m. and fire out at 9:12 a.m.