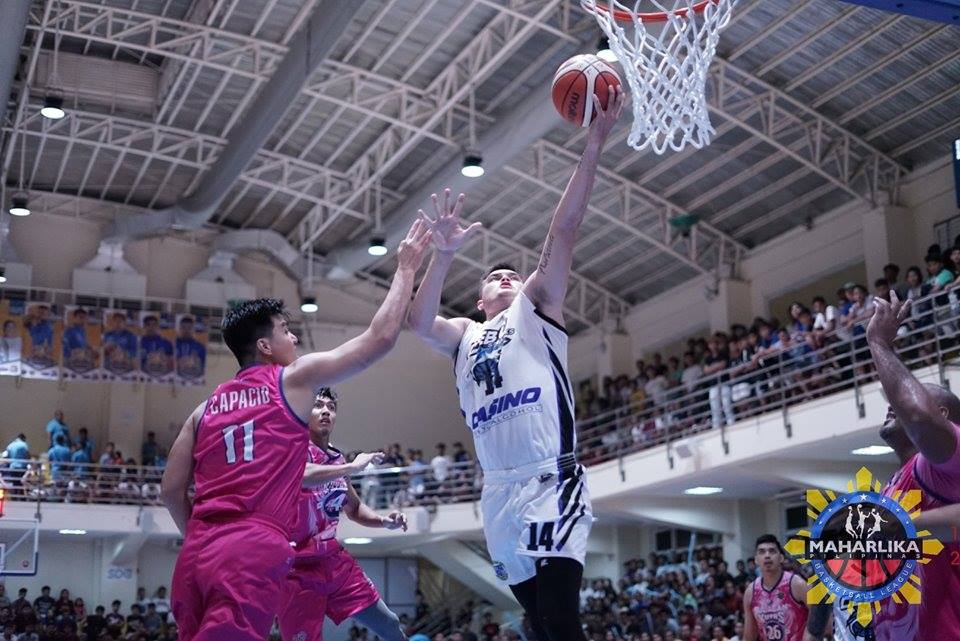 The Cebu Sharks face a tough foe in the Manila Stars on Saturday. CDN Digital file

Cebu City, Philippines—The Cebu Sharks-Casino Ethyl Alcohol have a daunting task in front of them as they battle the mighty Manila Stars in the MPBL Lakan Cup on Saturday, June 29, 2019, at the San Andres Sports Complex in Manila.

Gametime is set at 8:30 p.m. with the Sharks looking to build on the momentum of their 50-42 win over the Marikina Shoemasters, which evened up their win-loss record to 1-1 (win-loss).

The Stars, however, will be a different story altogether as they come stacked with top-tier talent with versatile forward Aris Dionisio, former University of Santo Tomas gunner Marvin Lee and former pro, Carlo Lastimosa.

Sharks forward Kevin Villanueva reports that his team is working hard to match wits with what they believe is a very strong Stars squad.

“We doubled our preparation because it takes a lot of effort, discipline and heart to beat a strong team like Manila,” said the sweet-shooting forward from Bacolod City.

Hardworking guard Joel Christian Lee Yu, meanwhile, said that they have prepared some tricks up their sleeves for Manila.

“The Sharks are very ready for tomorrows game. We’ve been practicing our new offensive schemes for a week now and our defensive schemes on how to stop their strength especially their guards. We also prepared our minds and have emphasized positivity for tomorrow’s game,” said the left-handed guard.

Lee Yu added that the team remains a work in project with everyone on the squad still trying to work on fully embracing their roles.

“The team is doing good so far. We just need to work on our team chemistry and especially accepting and knowing our roles in the team,” the former Far Eastern University guard stated. /bmjo