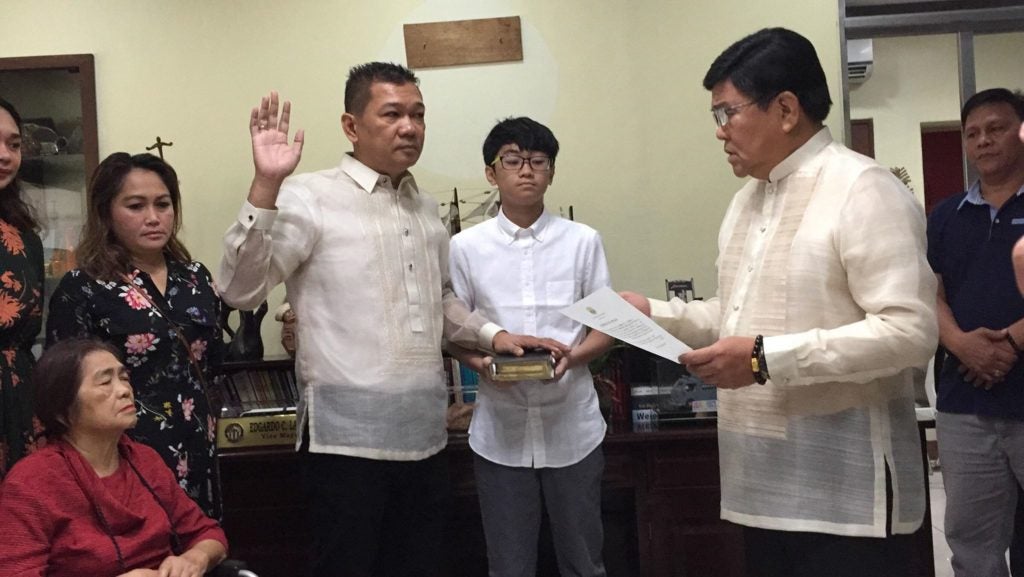 Cebu City, Philippines—Councilor Jerry Guardo, who finally took his oath as the eighth councilor of the Cebu City North District on Tuesday, July 2, 2019, is looking to join Partido Barug.

Guardo, who used to be with Bando Osmeña Pundok Kauswagan (BOPK), said he is mulling joining Partido Barug officially but he is still awaiting the decision of the party members over his membership.

In last May’s midterm elections, Guardo didn’t make it to the top eight but he gained a spot in the city council after the Commission on Election (Comelec) en banc ordered the Cebu City Election Board of Canvassers (BOC) to reconvene and proclaim a new councilor following the disqualification of reelected Councilor Alvin Arcilla.

Guardo, who took his oath in front of Cebu City Mayor Edgar Labella, said he feels blessed that he was given another opportunity to serve the Cebuano public.

He said that he will continue to stand by his previous statement supporting Mayor Labella’s administration. He said he will be supportive of the agenda of Labella in the council.