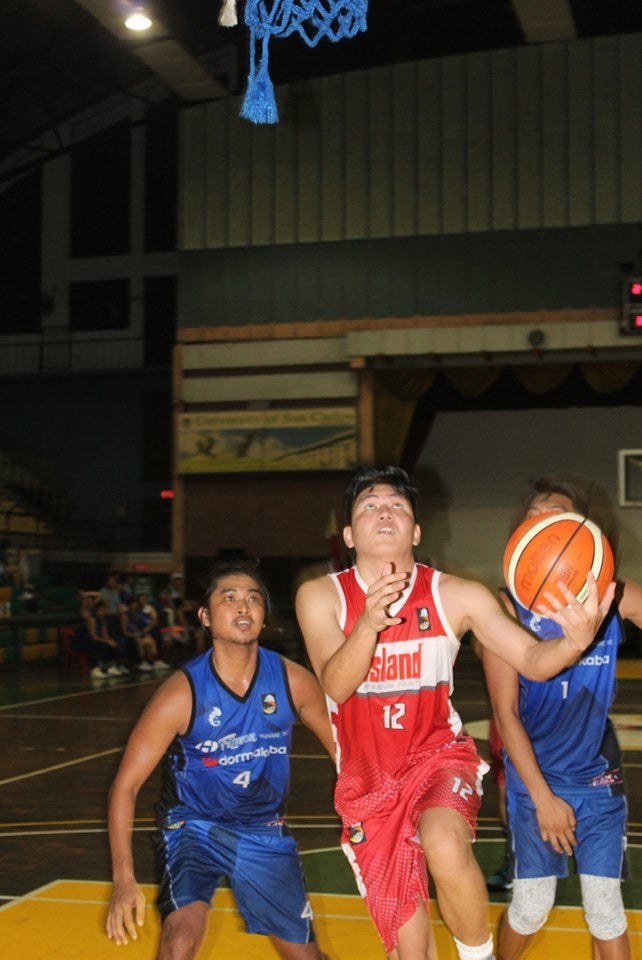 Chester Hinagdanan of Island Paints breaks away for a layup. Hinagdanan had 21 points, two rebounds, two assists and two steals in helping Island Paints chalk up the win. | contributed photo

Cebu City, Philippines—Island Paints and Phoenix Building Systems will face off for the championship in the Architects + Engineers Basketball Club 2019 Corporate Cup after they ousted their respective semifinal opponents on Saturday, June 29, 2019, at the University of San Carlos gym.

More than Island Paints’ offense, it was their stellar defense that spelled the difference as they held Filmon-Dormakaba to a measly 21.9% shooting from the field. Justin Aspacio was the only player for Filmon to reach double-figures with 11.

In the other semis game, Phoenix outlasted Thinking Tools, Inc., 61-55, in an intense and hard-fought encounter. Rodney Labang sparked the win for Phoenix as he scored 15 points and hauled down 12 rebounds. Lawrence Gayotin put up 11 points while Malvin Malicdem had 10 points, four boards and four steals.

The winner-take-all  finals will be on Saturday, July 6, at the same venue. /bmjo