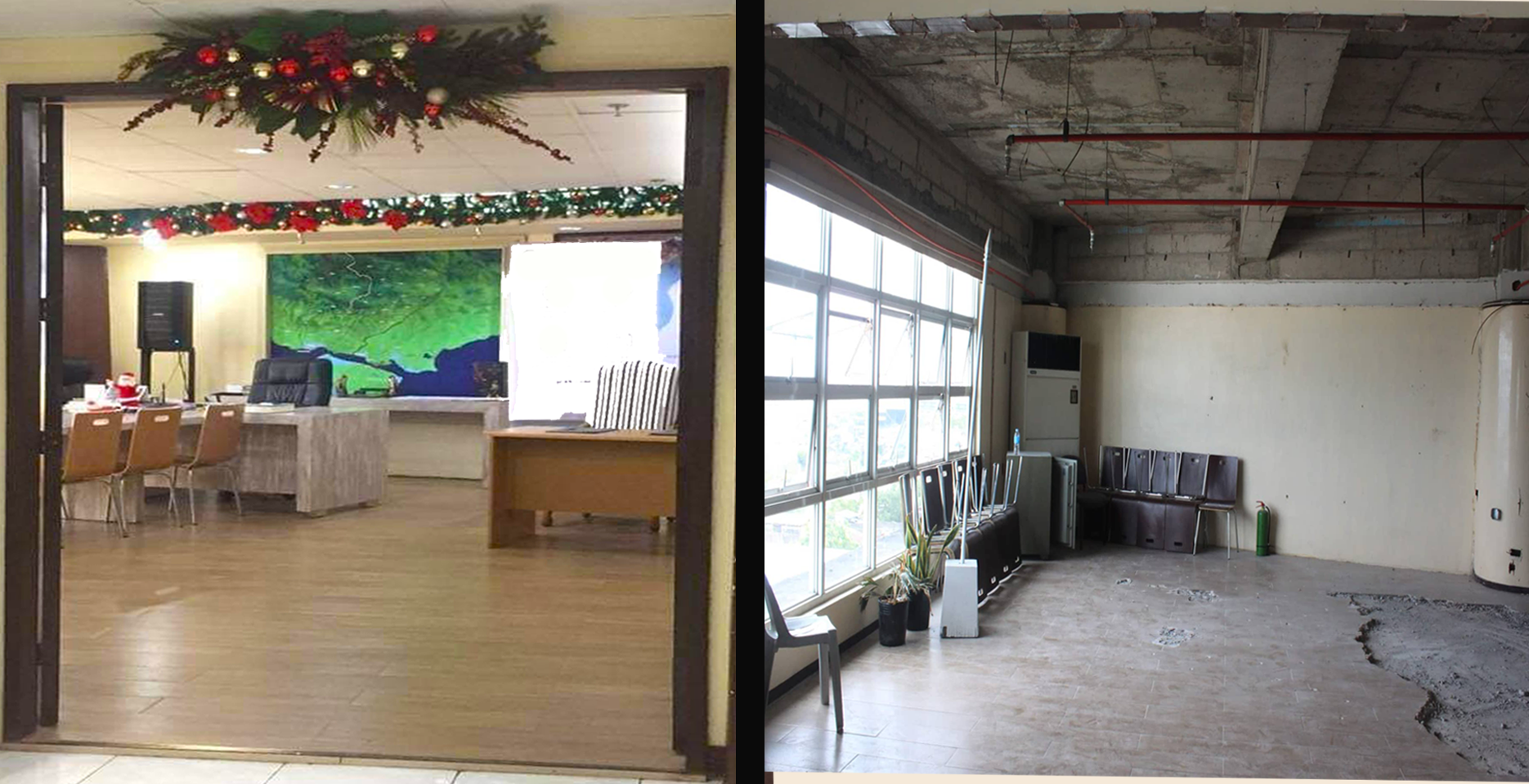 CEBU CITY, Philippines—The Cebu City Legal Office is preparing to file charges against former mayor Tomas Osmeña for “destroying” the Mayor’s Office in the executive building of the City Hall.

Lawyer Rey Gealon, the Cebu City legal officer, said they will be filing charges of corruption and theft against Osmeña, his personal assistant Raymund Paul Taboada, and 27 unidentified workers of a construction company who were tasked to “demolish” the office.

Gealon said Taboada is considered a co-principal to the crime because he publicly admitted that he was tasked by the former mayor to oversee the demolition ewrly morning of June 28.

In a recent statement, Taboada said he was tasked by Osmeña to make sure that only the former mayor’s personal items were taken when they left the office.

The office has been left in a bare state with most tiles taken out and the toilet bowl gone.

Even the mayor’s seal was lost, after Osmeña recalled his “private property” inside the room.

Gealon said Osmeña had no right to remove government properties, which include permanent buildings and properties stored in it.

He said these properties include furniture, fixtures, equipment, supplies, and materials.

Gealon also noted that Osmeña cannot take any items “in buildings rented by the government or properties in transit” because the ownership of which had been passed to the government.

“The well-entrenched principle in property law is the principle of accession, which means that the accessory follows the principal,” said Gealon.

“Whatever improvements are made to an immovable owned by the government claimed to have been made using private funds, is subject to the principle of accession,” Gealon added.

He also said that whoever occupies a public office are considered as mere custodians of government property so public officers cannot claim title to a physical office.

“Public officer who introduces improvements to their office out of their private funds are builders in bad faith who lose what they built without right to indemnity,” Gealon said.

He said the Cebu City Legal Office will be filing the case in the Office of the Ombudsman against Osmeña who committed his “crime” while he was still officially in office.

CDN Digital tried to reach Osmeña for a comment but the former mayor has not responded as of this writing. / celr