Bike course of Ironman 70.3 Philippines to once again pass by SRP 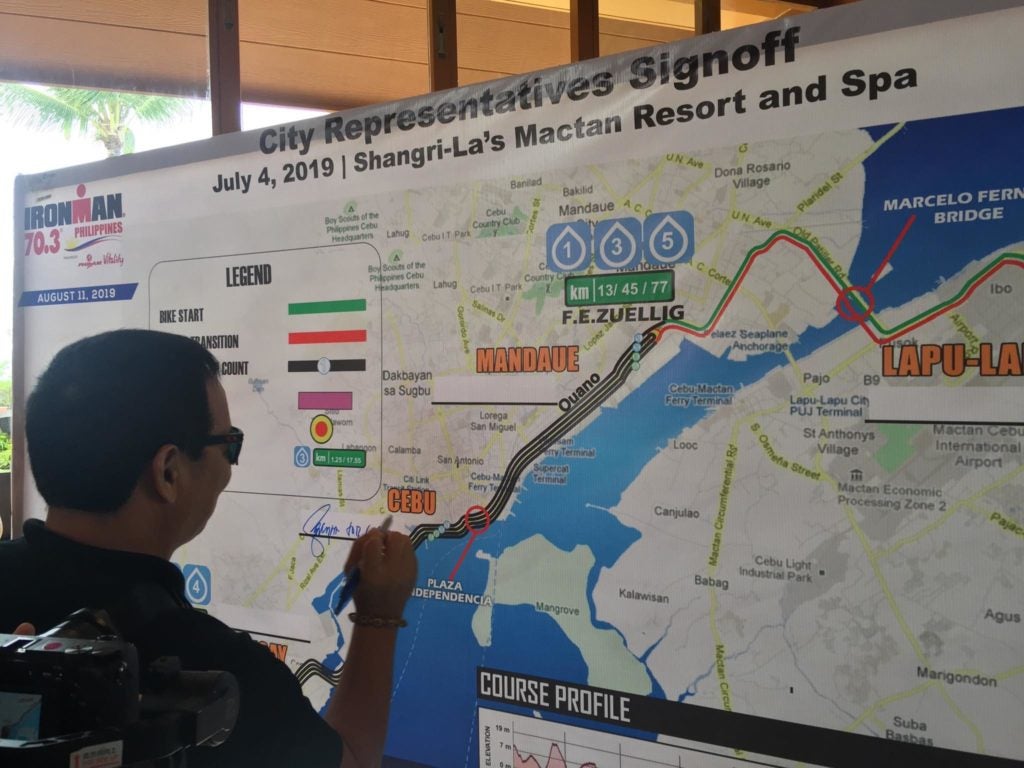 Joel Garganera signs on the bike course of the Ironman 70.3 Philippines as representative of the Cebu City government during the press conference of the event. |Mars G. Alison

CEBU CITY, Philippines – The Regent Aguila Ironman 70.3 Philippines powered by Philam Vitality will once again be using the Cebu South Coastal Road (CSCR) of the South Road Properties (SRP) as part of its 90-kilometer bike course on August 11, 2019.

Although the half Ironman have been using the CSCR since the first edition back in 2012, the organizers were forced to modify the course last year after former Cebu City Mayor Tomas Osmeña refused to have the SRP be used as part of the bike course.

Osmeña cited the then ongoing construction of the tunnel along the Natalio Bacalso Road in barangay Basak as the reason for his not allowing the race to pass by the SRP.

Read more: Osmeña is firm: No Ironman in SRP

However, the new Cebu City administration has allowed the use of the SRP again for this year’s Ironman 70.3, which will serve as the first qualifier for the 2020 Ironman world championships in New Zealand.

The return of the bike course at the SRP was announced during the press conference held at the Ocean Pavilion of Shangri-La’s Mactan Resort and Spa , Thursday, July 4, 2019./dbs