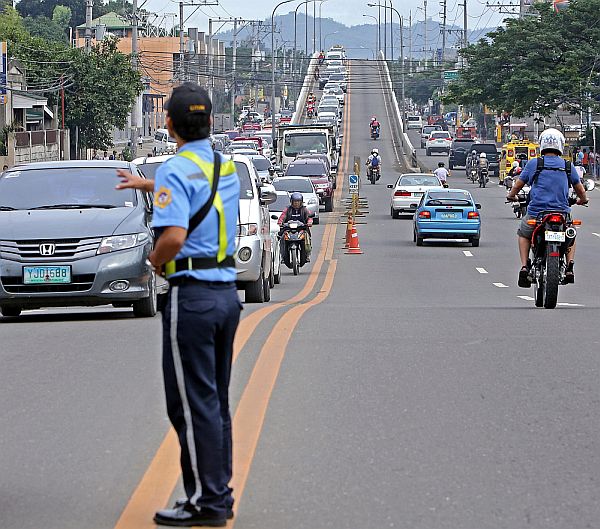 CEBU CITY, Philippines–Cebu City Mayor Edgardo Labella said he will be reviewing the ordinance that was passed on 2018, allowing the city’s traffic enforcers to confiscate the driver’s licenses of motorists found violating traffic laws in the city.

Former Mayor Tomas Osmeña signed the execution of the ordinance on the same year but it was never implemented because of protests from the Land Transportation Office in Central Visayas (LTO-7), who argued that only their agency is allowed to deputize personnel to confiscate licenses according to the Land Transportation Code of the Philippines.

The city ordinance allowed City Transportation Office (CTO) enforcers to issue an Ordinance Violation Receipt (OVR) or Citation Ticket to those people found violating any provision of the Land Transportation code, or any regulations issued pursuant thereto, or any traffic ordinance of the City of Cebu.

LTO-7 Director Victor Caindec, in previous statements, has asked the city government to defer the implementation of the ordinance, saying that is “bordering on the violation of constitutional rights.”

Labella, for his part, said he will do a reassessment of the ordinance and reevaluate the legal ramifications of the ordinance considering that the LTO-7 raised their concerns of its violating the constitution.

“I would like to have that (ordinance) reviewed considering that there may be legal ramifications,” said Labella.

For now, Labella said he will look into the possibility of asking LTO-7 to deputize the city enforcers to confiscate driver’s license according to the regulations of the LTO.

This would mean regularizing the traffic enforcers as only regular employees can be deputized by the LTO.

The new chief of the CTO, Ricardo Barandog, refused to comment on the issue and said that he will still discuss the matter with the mayor on the possible changes of the CTO’s system. /bmjo