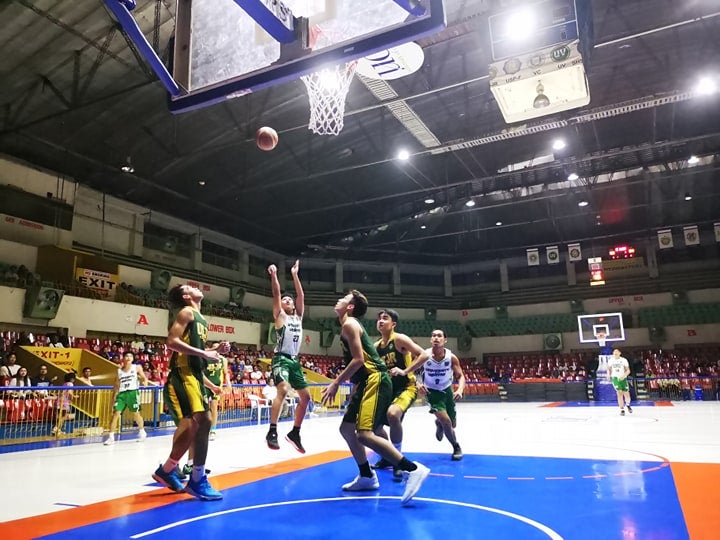 Cebu City, Philippines—Sweet-shooting wingman Albert Sacayan rescued the ARQ Builders-University of the Visayas (UV) from the jaws of defeat as he sank a long three-pointer with 0.4 of a second remaining to push the Baby Lancers past the University of San Jose-Recoletos (USJ-R) Baby Jaguars, 72-70, in the 2019 Cesafi Partner’s Cup on Thursday, July 11, 2019, at the Cebu Coliseum.

Down one, 69-70, after USJ-R’s Diether Go muffed two free throws that could have extended the Baby Jaguars’ lead, the Baby Lancers swung the ball around to Sacayan — the marksman from Balamban — who found himself open at the top of the key. With time running out, Sacayan launched and rattled in a the game-winning three pointer.

USJ-R could not get a shot off as time expired to give UV the win and an 8-0 sweep of the elimination round to put them firmly in the top spot heading to the semifinals.

Sacayan ended up with 17 points to lead the way for the team coached by Jun Pepito while Zylle Cabellon added 15.

The Baby Jaguars had the inside track as UV missed four straight free throws and then, had Sacayan’s layup attempt blocked by Kevin Guibao on a three-on-one fastbreak play.

They also forced UV’s Dave Basalo into a miss, which led to Go’s ill-fated trip to the line.

Go ended up with 13 while Kendrick Abarquez put up 10 for the Baby Jaguars, which dropped to 6-2 (win-loss). /bmjo