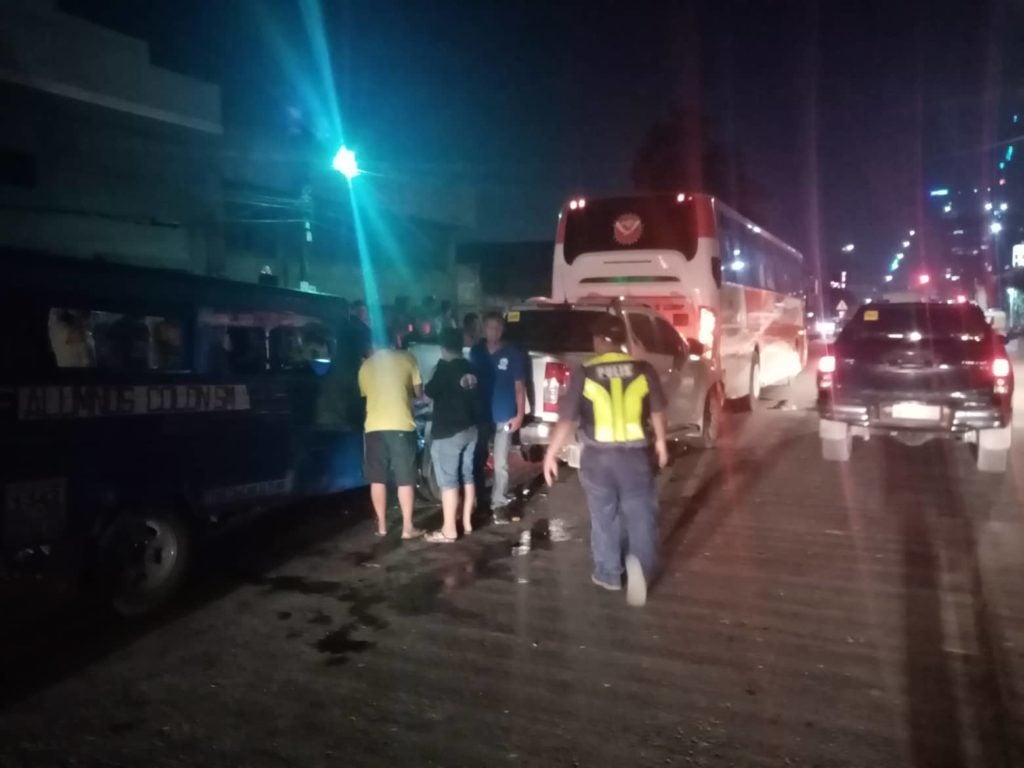 CEBU CITY, Philippines — Four persons were injured after a passenger utility jeepney (PUJ) rearended a Nissan Navarra, which in turn slammed into the back of a bus, at past 7 p.m.  on July 11 along S. Osmeña St. in Barangay Tinago in Cebu City.

One of the jeepney passengers, Conevie Balabat, 24, of  Barangay Binlud, Argao town in southern Cebu, suffered a fractured right leg and was admitted at a private hospital, said Police Major Joemar Pomarejos, Waterfront Police Station chief, in an interview with CDN Digital on July 11.

Pomarejos said the three other jeepney passengers suffered cuts and bruises and were discharged from the hospital after they were treated there.

Investigation showed that the PUJ from Barangay San Nicolas in Cebu City that was heading to a mall in the North Reclamation Area lost its brakes as it was cruising along S. Osmeña St., Cebu City.

The driver, Gilbert Tapang, 26, of Barangay Basak Pardo, Cebu City, told police that he lost his brakes and slammed at the back of a Nissan Navarra truck.

The Navarra, driven by Lawyer Al Villaver of Barangay Dumlog, Talisay City, crashed into the back of a bus after the PUJ hit its rear.

The back of the bus, driven by Juanito Canete, 47, of Barangay Labangon, Cebu City, was damaged while the front part and rear part of the Navarra also sustained damage.

The PUJ’s front part was also damaged by the collision.

The PUJ driver, Tapang, was detained at the Waterfront Police Station pending the filing of charges. | dbs

Read Next
Amid Sulu bombing, Sinas assures no direct threat in CV as PRO-7 tightens security