The sweet art of making pintos 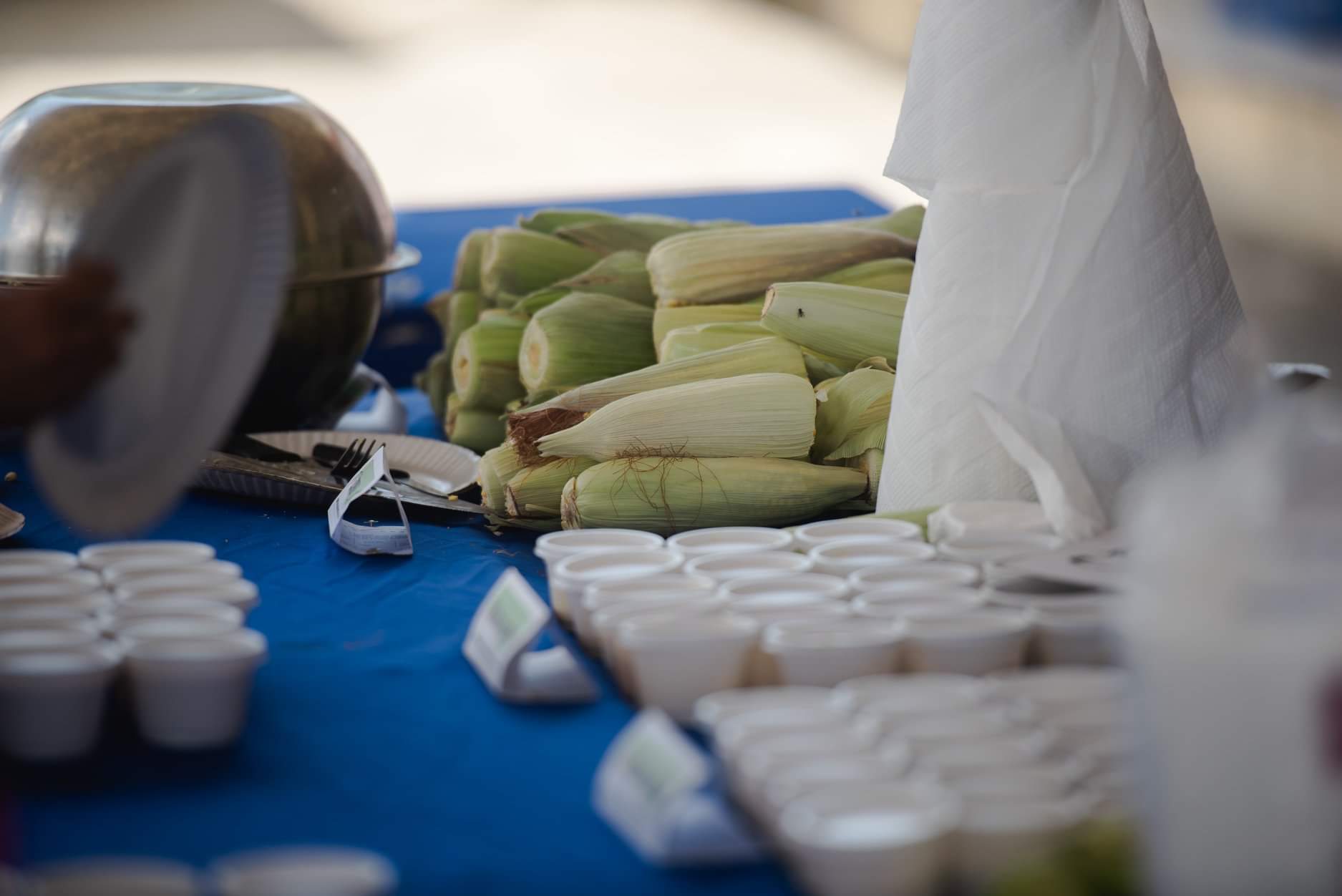 These are the ingredients in making the pintos of Bogo City. CONTRIBUTED PHOTO / CCCI

BOGO CITY, Cebu—As a girl growing up in the mountain village of Malingin in what was then Bogo town in northern Cebu, Marilyn Calidguid found joy in life’s simple pleasures.

She enjoyed running the steep mountain slopes and bathing in the river with her friends.

For snacks, they climbed up trees to pick fruits.

On special occasions, especially when someone celebrates his or her birthday, the usual flair of meat dishes are present all thanks to at least three months of preparation from parents and grandparents, who made sure that a pig is ready to be slaughtered in time to commemorate a family member’s natal day.

But Marilyn could not remember having cakes during birthdays.

“We did not know anything about cakes. We lived in the mountain so we had no idea about cakes or icing. There was no TV where we lived too so what we know about food was limited to what we tasted and experienced in real life,” recalls Marilyn. 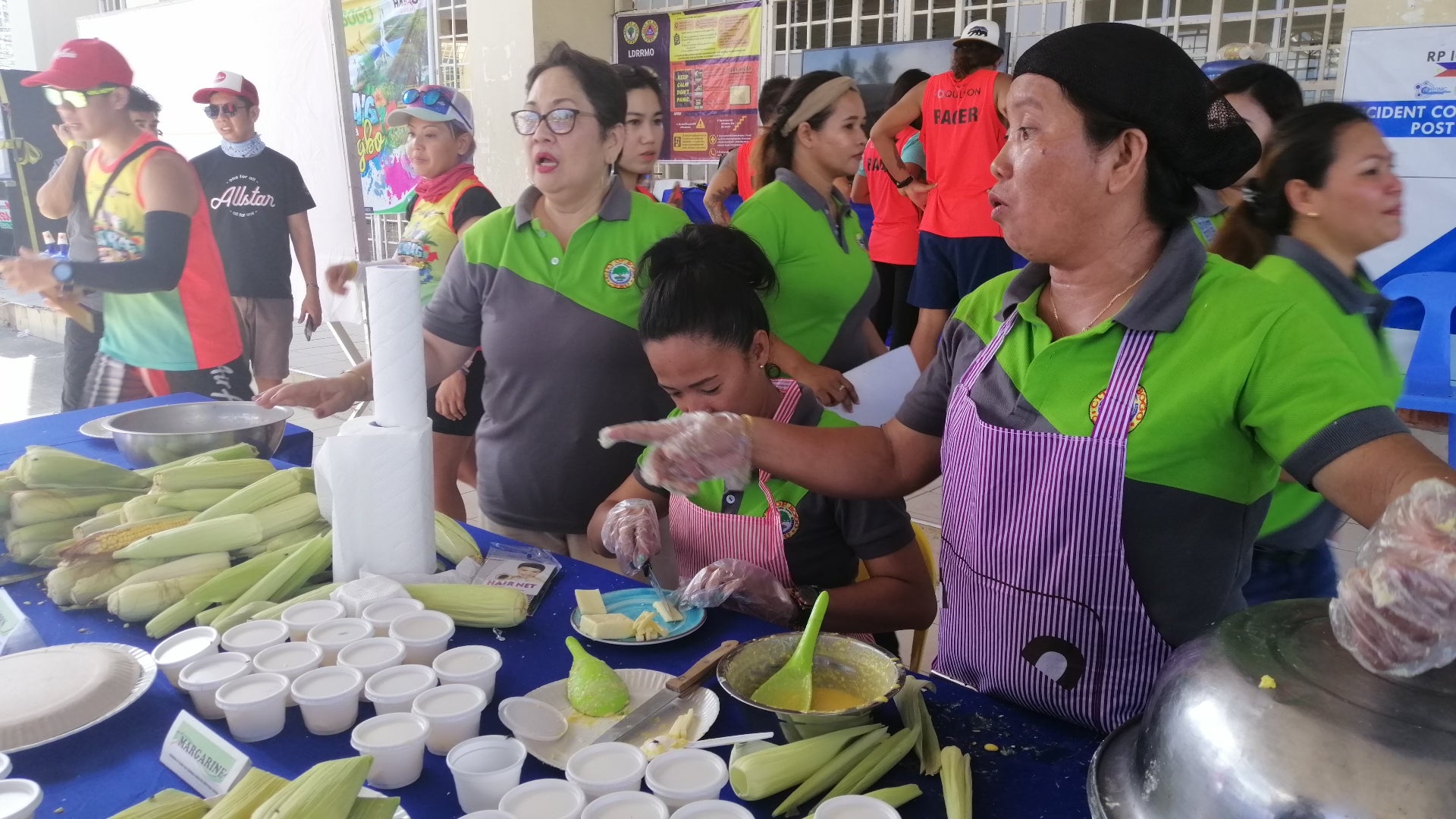 While she did not grow up with layers of chiffon cake covered in sweet frosting and decorated with figurines, Marilyn’s birthdays were made special with the delicious native delicacy called pintos.

Translated to sweet corn tamales in English, pintos is made using fresh corn which is then grounded and mixed with sugar.

It was her grandmother, Paulina Cabajar, who taught the young Marilyn how to make pintos.

She was only eight-years-old when she learned how to make the delicacy.

She looked forward to making the delicacy because it meant spending time in the kitchen with her grandmother.

(Since then, I’ve been making pintos even when we moved from the mountain village to the town center.)

During the Lumba’g Laag sa Sugbo race last month, Marilyn was the image of a passionate woman who was busy teaching participants how to make the native delicacy.

She has been making pintos for 39 years now so she can prepare the ingredients and cook the delicacy even with her eyes closed.

She now works for the Cooperative Office but Marilyn says imparting her knowledge and skill in making pintos will remain a passion.

To make the best-tasting pintos, Marilyn says it is wise to use native corn. 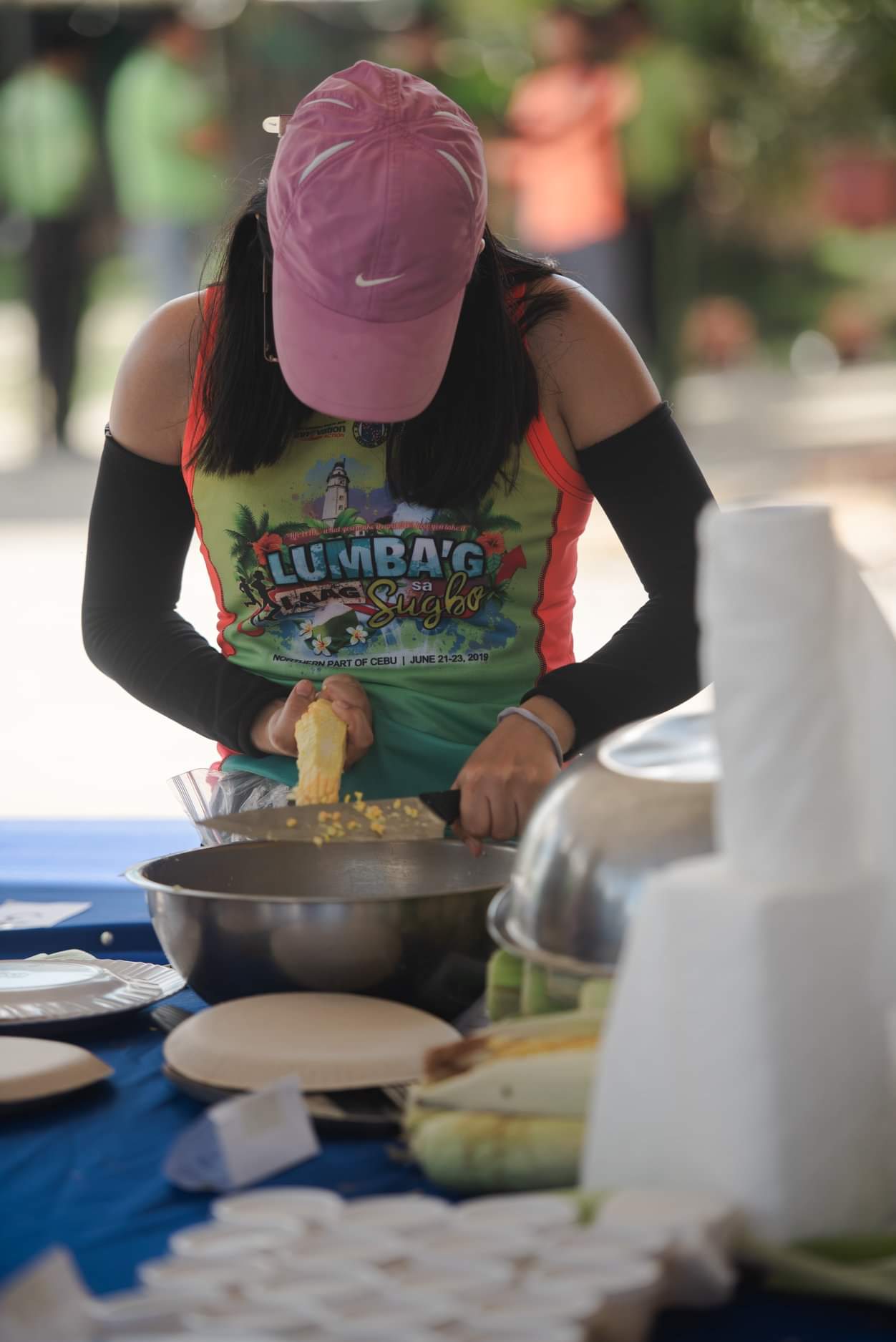 One of the Lumba’g Laag sa Sugbo 2019 racers learn how to process raw corn, the main ingredient in making pintos. CONTRIBUTED PHOTO / CCCI

City of Bogo Tourism Officer Jocelyn Tan says the local government is promoting pintos as part of their culinary heritage.

The Pintos Festival is even held every May as a nod to this native delicacy. The festival also coincides with the town’s fiesta in honor of the patron saint, San Vicente Ferrer.

Tan says they are innovating and experimenting on the pintos recipe so there is a variety of textures and flavors.

Their current version of pintos had evolved from the traditional recipe of ground raw corn and muscovado or brown sugar.

The recipe that many patrons love consists of ground corn mixed with evaporated and skim milk and cheese.

Tan says they are also working on perfecting a recipe that will incorporate ground meat so pintos can be a one-dish meal. 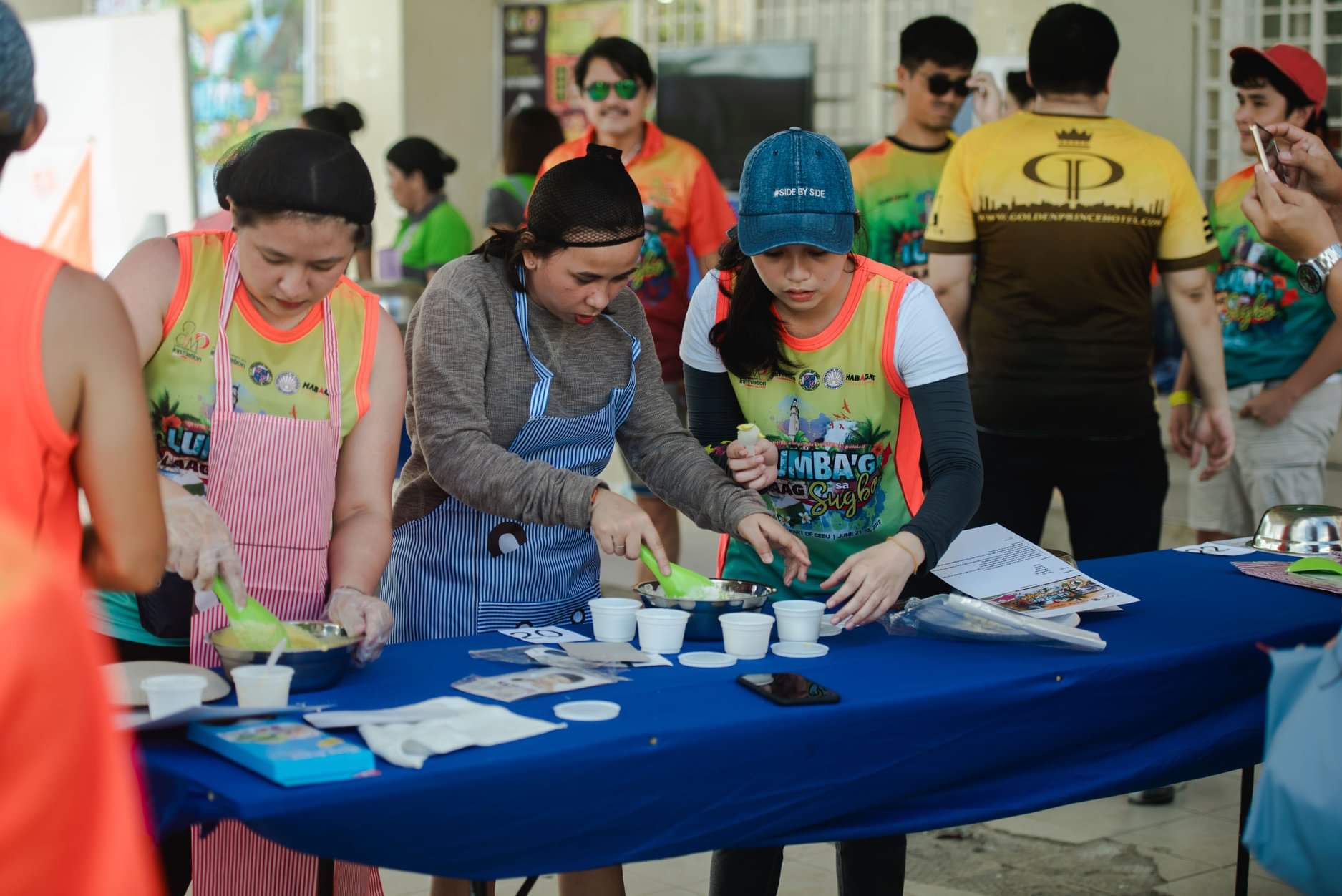 Teaching participants how to make pintos is one of these discoveries.

With Lumba’g Laag sa Sugbo, which is on its third run in 2019, is one of the highlight activities for the Cebu Business Month celebration.

Ortiz says the private and public sectors are able to work together to place Cebu in the tourism map and provide more ways for travelers to enjoy the province. /dcb