Truck falls to the sea in Oslob as driver falls asleep 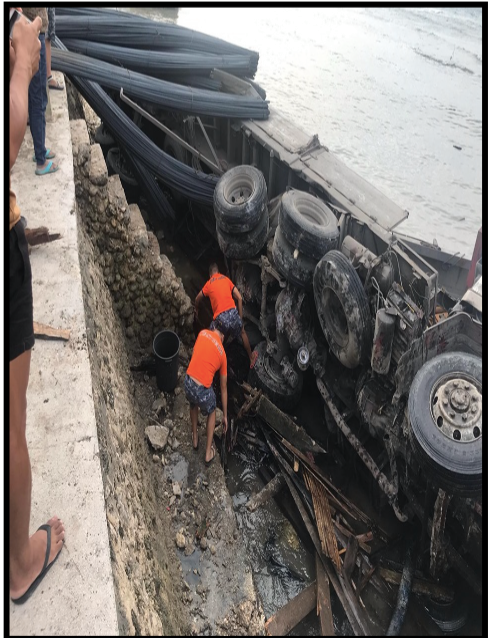 Cebu City, Philippines—A prime-mover trailer truck fell to the sea in the shores of Oslob town, southern Cebu, after its driver dozed off while cruising on the highway on early Wednesday morning, July 17, 2019.

According to the Oslob Police Station, residents around the area where the accident happened  saw the truck plying the southbound lane, swerving from the right lane to the left until it plowed through the highway guardrail and fell to the sea.

Initial investigation showed that the driver of the truck that was carrying steel bars and bound for Santander port fell asleep while traversing the highway in Barangay Daanlungsod.

The driver, identified by the police as Gerwin Balasabas, and his companion, Alfie Rabao, suffered minor injuries because of the accident and were brought to the hospital for treatment

Both were able to get out of the truck after it fell as they were assisted by the residents in Barangay Daanlungsod.

Oslob is around 118 kilometers south of Cebu City.

According to Patrolman Renz Marion of the Oslob Police Station, reckless imprudence resulting to damage of property will be filed against the driver. /bmjo