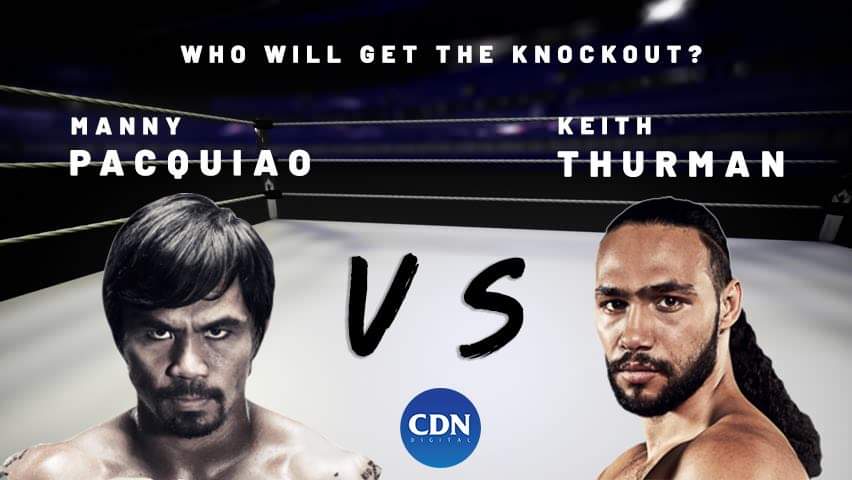 CEBU CITY, Philippines – Filipino ring icon Manny Pacquiao will once again go up the ring, this time, against a younger opponent, American Keith Thurman, in what has been labelled as the World Boxing Association (WBA) welterweight showdown.

As is the norm all over the Philippines, free live viewings of the fight will be held in public gymnasiums.

This was announced via the Facebook page of the Mandaue City Public Information Office.

Over in the south, Talisaynons will also get to watch the Pacquiao vs Thurman fight for free at the Barangay Pooc Multi-Purpose Gym at 9 a.m.

The 40-year-old multi-division world champion Pacquiao will be fighting an opponent, who is not only 10 years his junior, but who is also undefeated.