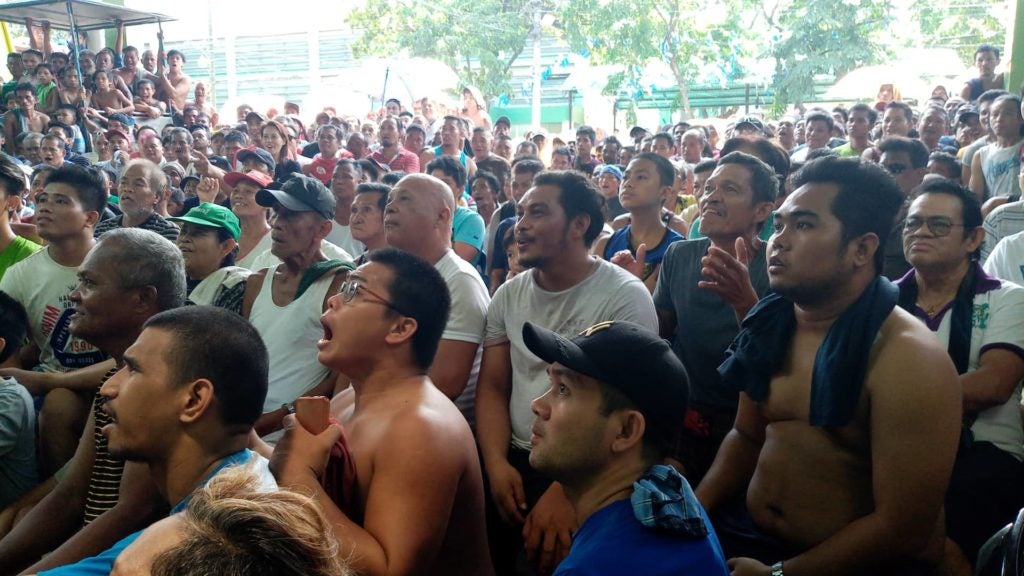 CEBU CITY, Philippines — After Manny Pacquiao’s victory from his fight against Keith Thurman today, July 21, 2019, the Cebuano fans expressed their delight and comments of the boxing match and the result.

But one thing was for sure, the Cebuanos were satisfied about the result of the boxing match, which Paquiao won by split decision over Thurman.

Police Lieutenant Colonel Elmer Lim, one of Pacquiao’s fans, said noticed that Pacquiao despite his age had not showed any signs of slowness in his movements, but he had to applaud Thurman for fighting well.

Lim was one of the off duty police officers, who watched the boxing icon’s match against Thurman at the Police Regional Office in Central Visayas (PRO-7) headquarters at Camp Sergio Osmena Sr. along Osmena Boulevard in Cebu City on July 21.

“Maayo pagka duwa (It was a good game), it was entertaining,” he said.

Police Master Sergeant Ramas of the Cebu City Police office, who also watched the fight at the PRO-7 office, said that Thurman failed to make his threat against Pacquiao a reality.

“Ang iyang ingun nga iyaha ilansang sa ring si Pacquiao, wa niya mabuhat (He said that he would nail Pacquiao in the ring. He failed to to do that),” said Ramas, who is another Pacquiao fan.

Meanwhile, RJ Cisneros, who watched the match inside a mall in Barangay Mabolo, Cebu City, said that he already knew that Pacquiao would win after the Pacman was able to knockdown his opponent in the first and third rounds.

Jessica Remata, on the other hand, who was able to watch the match through Facebook said that Pacquiao dominated the fight and was able to give his best despite the 10-year age gap of his opponent.

“Manny “Pacman” Pacquiao is the perfect product of humility, hard-work and perseverance. It is proven that Manny Pacquiao is still the pound for pound king,” Remata said.

Some of those boxing fans told CDN Digital that they were satisfied with the performance and were confident that he would win even before the bout started.

But they said that they also got nervous in the middle rounds when Pacquiao also got hit with Thurman’s strong punches.

The Pacquiao-Thurman fight ended with the Pacman winning over Thurman in a split decision, making Pacquiao the new WBA Superwelterweight champion. /dbs