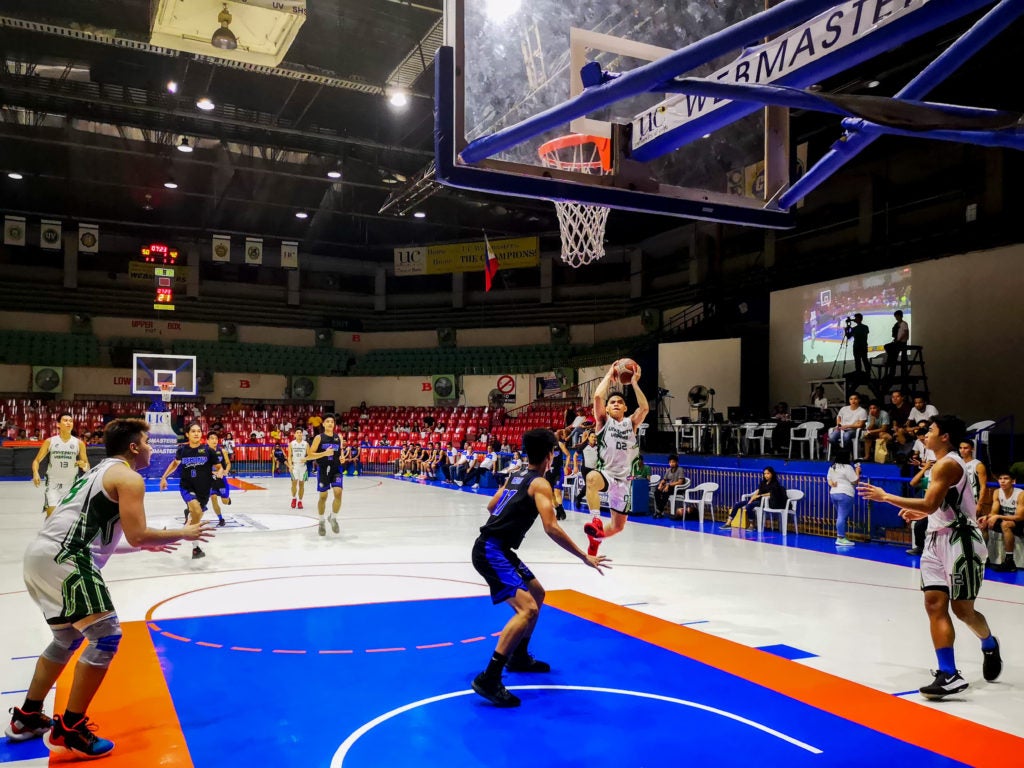 UV’s Sheldon Gahi rises up for a layup in transition. | Jonas Panerio

CEBU CITY, Philippines — The Joemangs Surplus-University of Cebu Webmasters completed a sweep of the second round with a thrilling 88-87 win over the ARQ-University of the Visayas Green Lancers in the 2019 Cesafi Partner’s Cup on Saturday, July 27, 2019, at the Cebu Coliseum.

Little-used guard Jasper Pacana made the most of his extended minutes as he sank the game-winning floater with 15.6 seconds remaining to help the Webmasters finish the elimination round with a 9-3 (win-loss) record.

And although they ended up tied with the same record as Southwestern University-Phinma, UC remains as the third seed owing to the Cobras’ superior point differential. SWU-Phinma beat UC, 88-77, in the first round while the latter won over the former, 83-80, in the second round.

UV was poised to bounce back from their first loss of the tournament as they held an 87-78 lead after a triple by Clyde Avancena. However, that proved to be the Green Lancers’ last points while UC started humming, first with Michael Lawas scoring a layup, Paul Galinato scoring an and-one and a three-pointer to pull the Webmasters to within one, 86-87, 1:18 left.

Then, after a defensive stop, Pacana got the ball in transition and drove down the middle before lofting up a high-looping shot that nestled into the bottom of the net to give UC the lead.

The Webmsaters then held their ground on defense, with Galinato stealing the ball with three seconds left to preserve their win.

UV ended the elims with a 10-2 record. Melvin Butohan paced the Green Lancers with 21 points while Jancork Cabahug tallied 17.

The Green Lancers will compete in the semifinals on Monday, July 29, 2019, against the Cebu Landmasters-University of San Carlos Warriors, needing only to win once to advance to the finals.

The Webmasters on the other hand, have an uphill climb, as they need to beat SWU-Phinma two times in a row in order to advance to the championship round./dbs

Read Next
Mother says woman, who reportedly drowned her baby, is suffering from depression