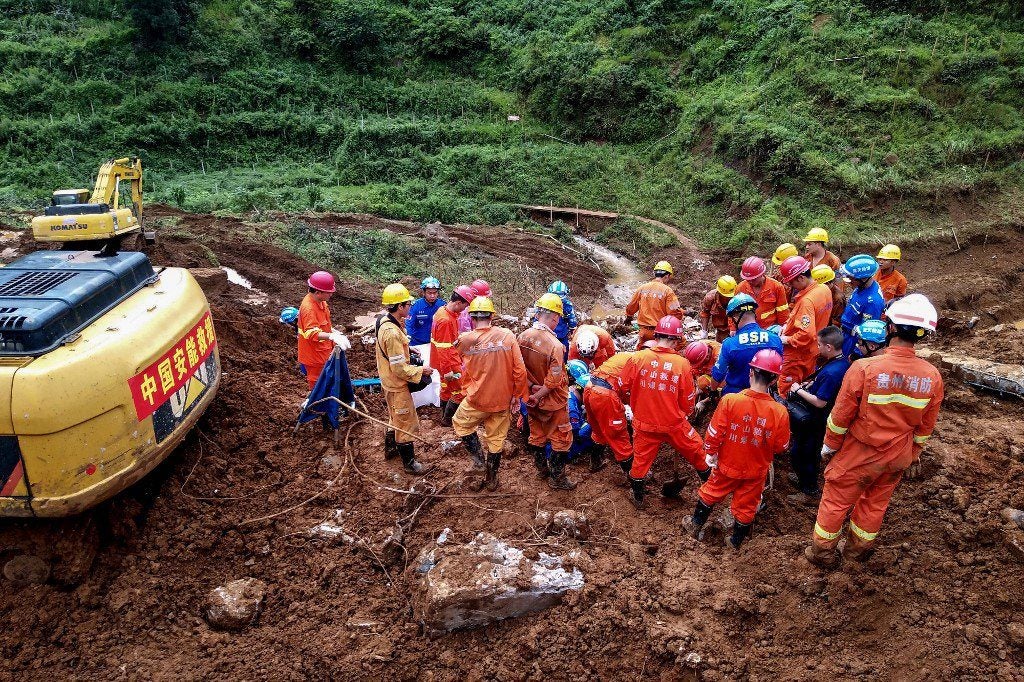 This photo taken on July 24, 2019 shows rescuers working at the site of a landslide in Liupanshui in China’s southwestern Guizhou province. (Photo by STR / AFP)

BEIJING, China — The death toll in a landslide which buried a village in southwest China rose to 29, according to state media, with 22 still missing days after the disaster struck.

Official news agency Xinhua said Saturday night that 40 people have been rescued from the site in Shuicheng county, Guizhou province, according to the local emergency rescue command.

A thick torrent of mud buried 21 houses in the landslide on Tuesday, and state broadcaster CCTV broadcast footage of rescue workers trying to reach survivors through a huge mound of earth.

Two children and a mother with a baby were among those dead.

Xinhua said a local school had been set up as an emergency medical and rescue centre, with “multiple rescue teams and experts” still searching for those missing.

The government has earmarked 30 million yuan ($4.35 million) for search and rescue efforts in the province, Xinhua reported, as well as the relocation of victims.

Landslides are a frequent danger in rural and mountainous parts of China, particularly after heavy rain, and the country has suffered severe flooding this year.

Distrust toward China up in poll taken after PH boat sinking

In August 2017 at least 30 people were killed in two separate landslides in the same rural province of Guizhou.