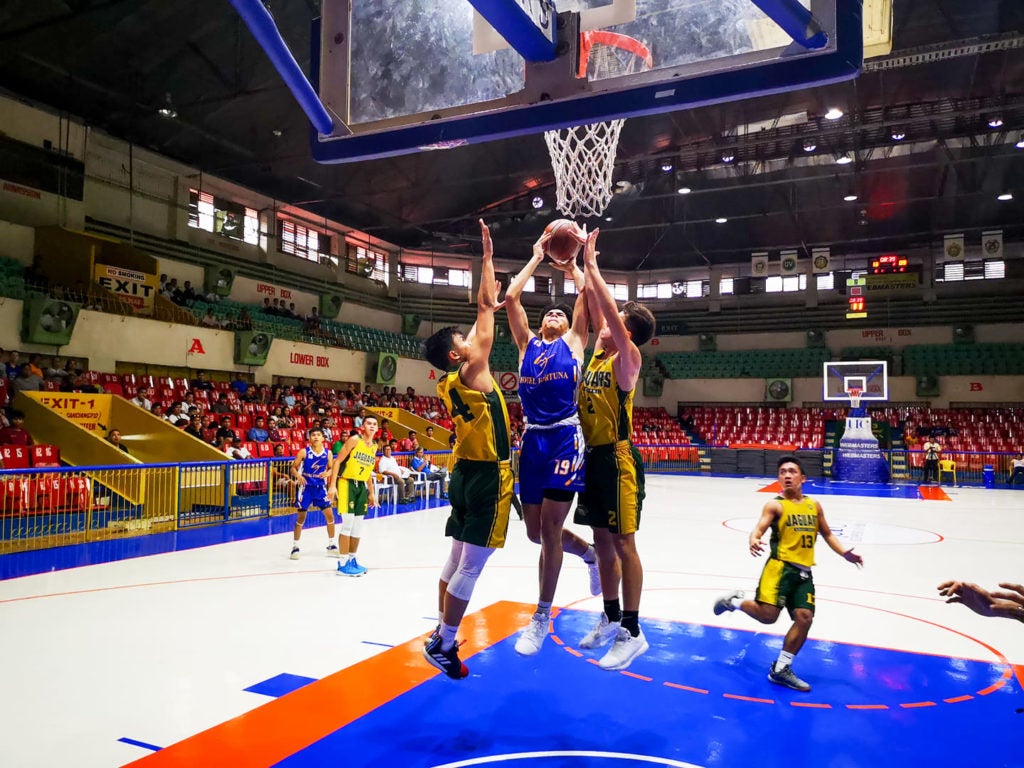 CEBU CITY, Philippines — The Hotel Fortuna-University of Cebu Baby Webmasters showed the heart of a champion as they defeated the University of San Jose-Recoletos Jaguars, 66-60, to force a do-or-die game for a spot in the finals in the 2019 Cesafi Partner’s Cup on Tuesday, July 30, 2019, at the Cebu Coliseum.

With their season hanging in the balance and the Baby Jaguars hitting on all cylinders in the fourth canto, the Baby Webmasters got timely baskets from Vanvan Sevillejo, Luther Leonard, Kenyon Pondoc and Isaiah Hontiveros to hack out the win and send this semis match-up to a rubbermatch on Thursday, August 2, at 5:30 p.m.

UC led by as much as 14, 43-29, but USJ-R came roaring back to take the lead behind the offensive explosion of Kevin Guibao who scored 11 straight points bridging the third and fourth cantos to pull them within two, 47-49. The Baby Jaguars eventually grabbed the lead, 54-53, after two free-throws from Selwyn Pepito.

However, the Baby Webmasters kept their wits about them and fired back with seven straight points — free-throws from Leonard and Pondoc, a floater from Sevillejo and a lay-up by Hontiveros — to push UC ahead, 60-54.

USJ-R kept on coming and trimmed the deficit to two, 58-60, after a transition lay-up by Keith Co but Sevillejo countered with another floater to bring UC’s lead back to four, 62-58, 1:53 to go.

Several empty possessions by USJ-R later, Pondoc canned two free-throws with 17.1 ticks to go to seal the win for UC.

Sevillo topscored for UC with 18 points while Leonard — unsurprisingly called “Kawhi” by his teammates — added 16 markers.

Guibao led USJ-R with 26 points. However, he was the only player to reach double-figures. /dbs