NHCP prepares Cebu for 500th anniversary of Christianity in the Philippines 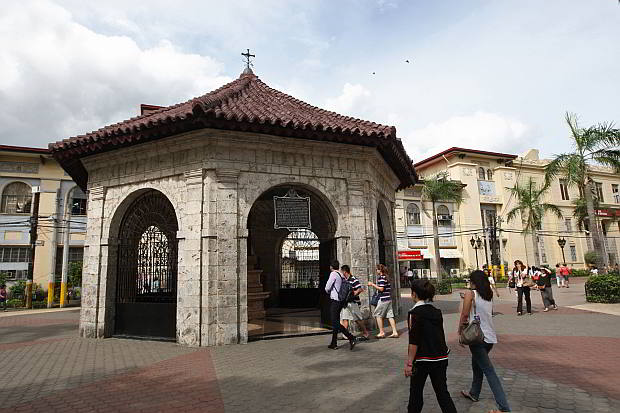 CEBU CITY, Philippines–The National Historical Commission of the Philippines (NHCP) is already preparing Cebu for its “huge” role as hosts for the 500th anniversary of the Roman Catholic Church in the country.

NHCP Commissioner Rene Escalante was in Cebu on Friday, August 2, 2019, to meet with the local government units (LGUs) and plan the activities centered in Cebu City and Lapu-Lapu City for the fifth centennial anniversary of the Church.

Cebu City and Lapu-Lapu City were the historical sites of the arrival of the Spanish conquistadors in the 16th century, bringing with them Christianity.

In particular, Cebu City houses the Magellan’s cross, or the cross Ferdinand Magellan planted in the then “Rajanate of Sugbo” for the acceptance of Rajah Humabon and his wife, Juana, of the Christian faith.

The image of Señor Santo Niño was offered as a gift to Queen Juana, which, to this day, Cebuanos venerate through the celebration of the Sinulog festival.

In the shores of Mactan, Magellan died in the hands of the first Filipino hero, Rajah Lapu-Lapu, the chieftain of the island.

These two highly urbanized cities will play a role in reliving the history of Christianity and Catholicism in the country come 2021.

“We are currently in the planning stages. We need to finalize the proposals to the mayor (Cebu City Mayor Edgardo Labella) to finalize the 5th Centennial Park,” said Escalante in an interview with reporters.

He said they are also planning to build a park, similar to Luneta Park in Manila, at the South Road Properties (SRP) to commemorate the 5th Centennial Anniversary of the Church.

The park would include a national monument of Lapu-Lapu, a national museum, and a grandstand for public events.

They are still negotiating with the Cebu City government for the lot and its size so they can determine the budget and the design. Escalante is hoping for a favorable response from Mayor Labella.

“We really want to elevate Lapu-Lapu as your (Cebuano) local hero to national and even to international level in the light of what happened in the history,” said Escalante.

Escalante is hoping that Cebu City will support the plans for the park as this would be a historical milestone for Cebu.

He did not reveal yet the plans for Lapu-Lapu City as they will still negotiate with Mayor Ahong Chan.

He urged the LGUs to prepare for the upcoming anniversary as Cebu will play an important role in the celebration. /bmjo