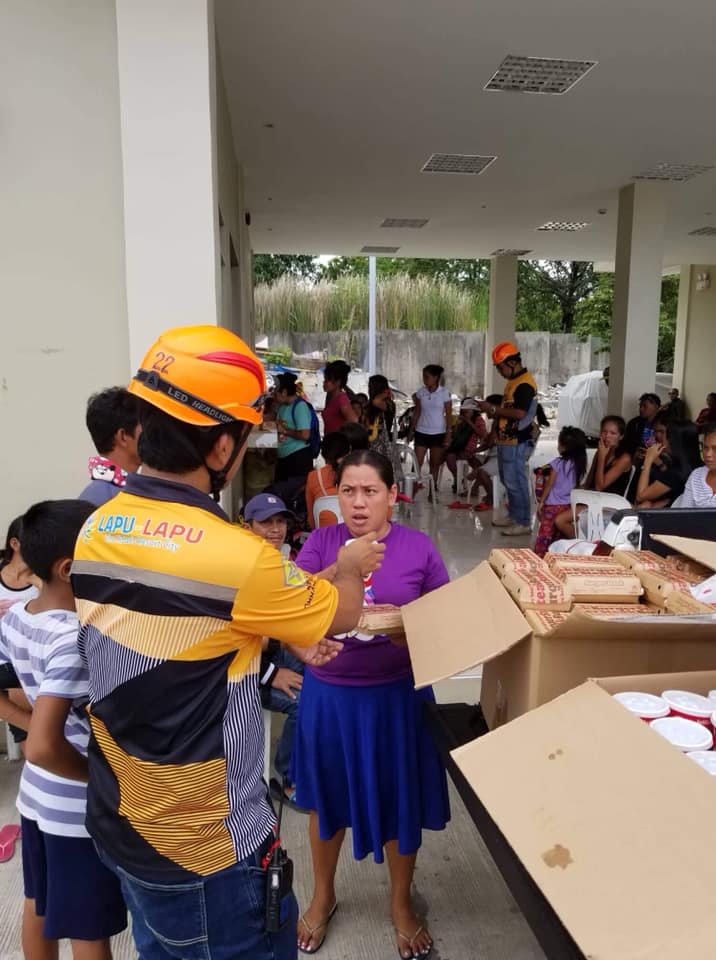 CEBU CITY, Philippines – With travels to Olango Island still suspended, the Lapu-Lapu City government continued to distribute meals to passengers who have remained stranded at the Angasil Wharf in Barangay Mactan and the Hilton Wharf in Barangay Punta Engaño this afternoon, August 6.

But the number of stranded passengers have already reduced to 175 as of this afternoon from more than 200 yesterday, says a Nagiel Bañacia, head of the city’s Disaster Risk Reduction and Management Office.

In its 5 a.m. weather advisory, the Philippine Atmospheric, Geophysical and Astronomical Services Administration (Pagasa) said that a gale warning remains in effect in Central Philippines, the reason why vessels weighing less than 250 gross tons are still barred from sailing.

Bañacia said that stranded passengers have remained at the Angasil and Hilton Wharf since Sunday afternoon, August 4.

“Up to 175 stranded passengers are still stranded at both wharfs. They are hoping for the Gale Warning to be lifted asap so that they can go home to Olango and other islands under Lapu-lapu city,” he said.