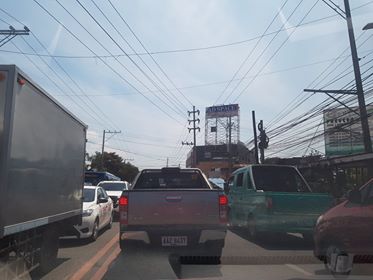 Cebu City, Philippines — Cebu City remained peaceful while the 2019 Regent Aguila Ironman 70.3 Philippines, one of the sporting world’s biggest triathlon event, was being held in  Cebu at daybreak until noon today, August 11, 2019.

There were no report of apprehension due to road violations for the duration of the bike phase of the event, which included the route along Osmena Boulevard going to the Cebu South Coastal Road, passing through the road tunnel along Plaza Independencia.

Sidney Racaza, base control operator of Cebu City Traffic Office (CCTO), said the traffic advisory that was issued prior to the event helped a lot in regulating  the traffic flow in the city.

“Atong mga drivers kay na aware asa ang closed roads and asa sila pwede maka agi (Our drivers were aware where the closed roads were and the alternative road they could pass through),” said Racaza.

Police Major Allan Rosario, chief of Cebu City Police Office (CCPO) Patrol Group, also assured that there were  no crime incidents related to the triathlon or involving the participants during the bike phase of the event in areas within Cebu City.

He said that the deployment of more than a hundred policemen to supervise the event and the presence of the city traffic group helped greatly in securing the participants and the spectators.

At the height of the event at around 9 a.m., however, Cebu City only experienced moderate traffic along Cabahug Street, General Maxilom Avenue and M.J. Cuenco  Avenue that served as alternate roads to S. Osmeña Road; and heavy congestion in roads from Barangay Bulacao, Cebu City to the southern city of Talisay. / elb

Read Next
Clear skies ahead for Cebu — Pagasa