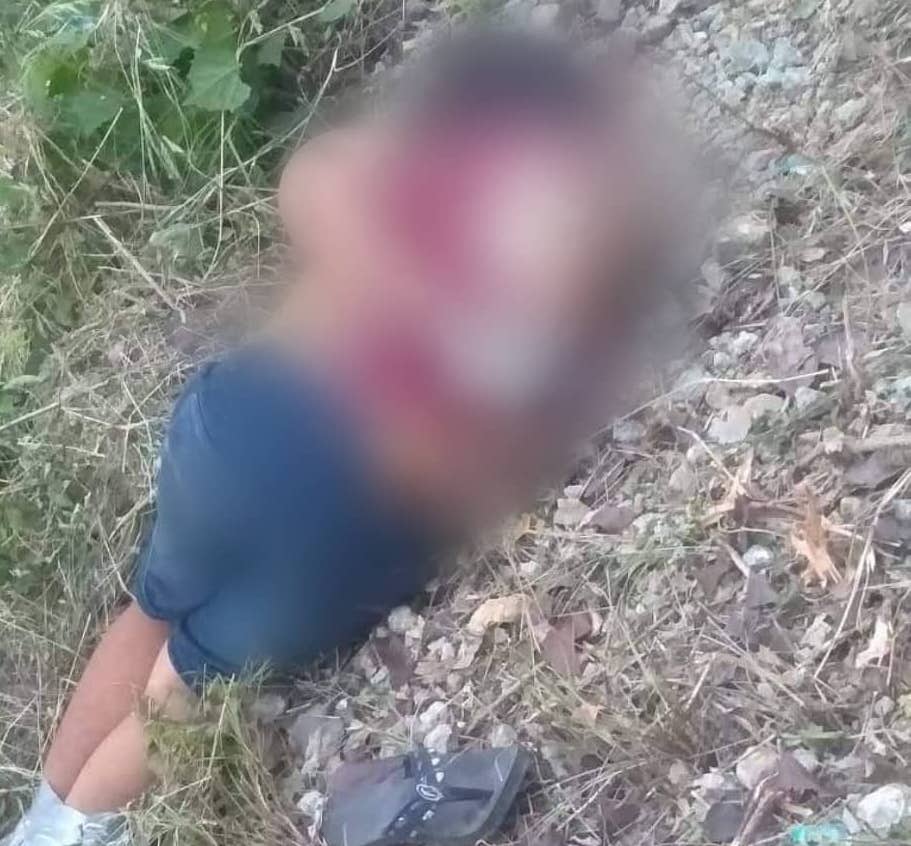 The lifeless body of a man later indetified by the police as Jasper Perez is found along the barangay road in Purok Chicos, Barangay Dawis Norte, Carmen town northern Cebu. | photo courtesy of Carmen Police

Cebu City, Philippines—The lifeless body of a man who was hogtied was found along the barangay road in Purok Chicos, Barangay Dawis Norte, Carmen town northern Cebu on Monday, August 12, 2019.

The victim was identified by responding police as Jasper Perez, 30-year-old of Barangay Cogon Guinsay, in the neighboring Danao City.

Police said they received the report from a motorcycle-for-hire driver early Monday morning.  When they arrived the area to check on the report, they found the lifeless body of Perez covered in blood and hogtied using a packaging tape.

According to Police Staff Sergeant Everett Capuyan, the investigator on the case, they found several gunshot wounds on the body of Perez, most of which was on his head and one on his left shoulder.

He said it was possible that the man was shot in a close range because they found eight empty shells of caliber .45 and two empty shells of 9mm near the body of the victim.

Capuyan added that the residents near the scene of the crime heard bursts of gunshots around 1 a.m. of Monday.

Initial investigation showed that Perez was involved in illegal drug activities. This, according to Capuyan, is based on the testimonies of his neighbors in Danao City.

Capuyan said that the father of the victim also opened up to the police that his son seldom came home and if ever he did, it was always late at night.

Police are still working to determine the identity of the suspect and the motive behind the brutal killing. /bmjo