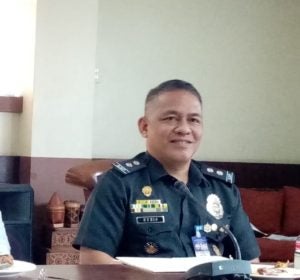 CEBU CITY—The overcrowding and other concerns at the Cebu City Jail Male Dormitory could be addressed by building a new facility.

Rubio then presented a design from the Bureau of Jail Management and Penology (BJMP)  facility development plan that would address the growing number of male PDLs incarcerated at the male dormitory.

“We would need 20-hectare area donated government land for development of a composite and complete jail facility. It can rise up in three years once the lot donation is received and the budget (for the facility) is available,” he told the members of the Cebu City Council committee on environment.

Under the proposed design, there will be two facilities, with a capacity of 4,000 each. It will require between 16 to 20 hectares, with eight to 10 hectares allocated for each facility.

Aside from the two male dormitories, there will be other structures such as a hospital, full oval playground, courts, visitors lounge, centralized data system, electric power generators, parking areas, barracks and conference room.

The facility will also have areas for the Technical  Education and Skills Development Authority for skills and livelihood training, Alternative Learning System for primary and secondary and a college-level education building.

For his part, Vice Mayor Michael Rama said he preferred relocating jails outside of Cebu City, citing the risks involved if there would be a jail break.

Of the four facilities, only Cebu City Jail male and female dormitories are under BJMP supervision. CPDRC is operated and managed by the Cebu provincial government while the Operation Second Chance is under the Cebu City government. /bmjo