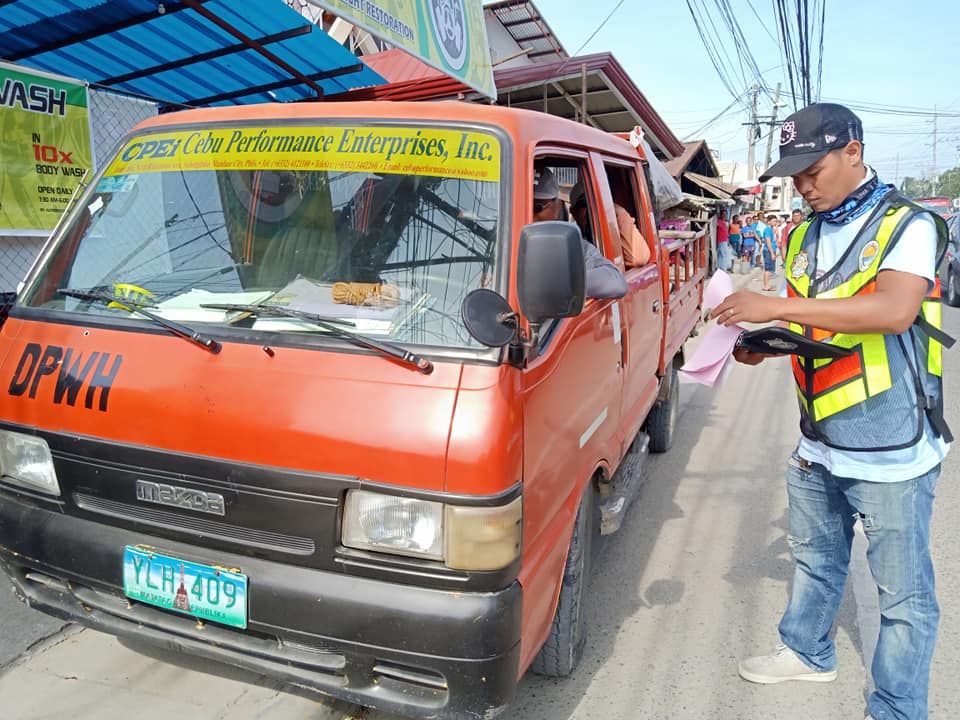 A CT-TODA enforcer issues a citation ticket to the driver of a DPWH-owned truck that was illegally parked on the sidewalks of Barangay Lawaan II this morning, August 13. | Photo from the Facebook page of Jonathan Tumulak

CEBU CITY, Philippines – Even government-owned vehicles were not spared from the campaign of the City of Talisay-Traffic Operations and Development Authority (CT-TODA) to rid the city’s sidewalks of obstruction.

Jonathan Tumulak, CT-TODA chief, said in a Facebook post that they issued a citation ticket to the driver of a truck owned by the Department of Public Works and Highways (DPWH) that was illegally parked on the sidewalks of Barangay Lawaan II at around 8:35 a.m. today, August 13.

The citation ticket was issued to truck driver Eduardo Mabetab Lines who is yet to pay the P500 fine for his offense.