P14.3M worth of marijuana uprooted, burned by police in Danao City 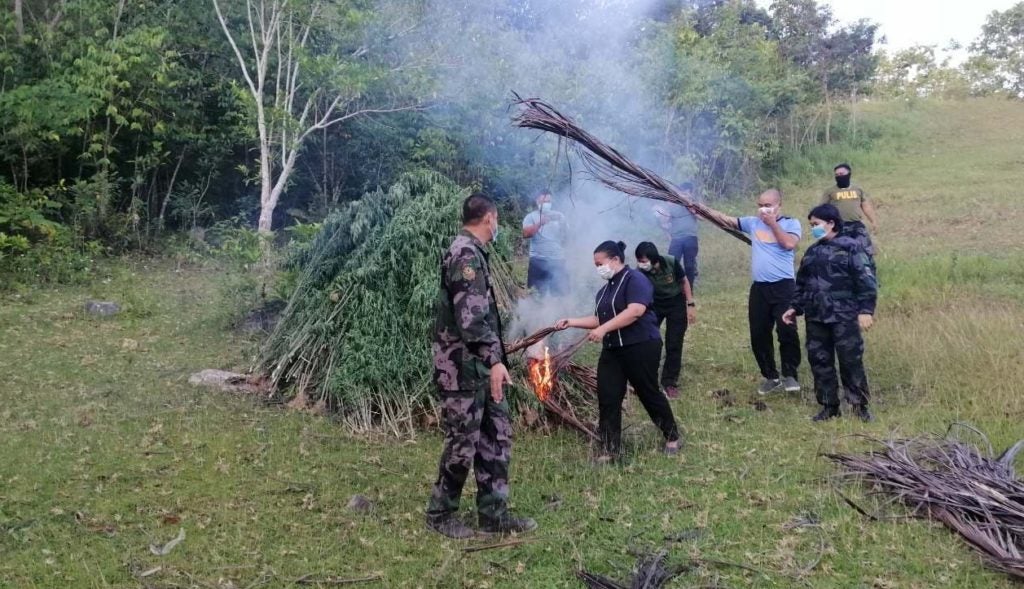 CEBU CITY, Philippines—The Danao City Police uprooted and burned P14.3 million worth of marijuana plants after a massive operation done on Tuesday, August 13, 2019, in this northern city of Cebu.

In a report furnished to the media on Wednesday morning, August 14, 2019, the Danao City Police said that, in coordination with the Philippine Drug Enforcement Agency in Central Visayas (PDEA-7), they were able to track down marijuana plantations in Barangay Licos and Barangay Langosig.

In Barangay Licos, the police and PDEA-7 found 500 square meters of planted marijuana around 7:30 a.m. of Tuesday.

Four men were arrested in the operation in Licos. They were the suspected farmers and distributors of the plant, which is considered illegal in the Philippines.

Also confiscated from them was a .45 caliber pistol with 5 live ammunition.

The plantation in Barangay Langosig was bigger, covering an area of almost one hectare. The police conducted the operation an hour after the Licos raid.

The police said that 25,000 marijuana plants, worth an estimated P10 million, were found in the area.

Durano congratulated the police and the PDEA-7 for their accomplishment. /bmjo

Read Next
Cebuana cager among participants of Basketball Without Borders Asia