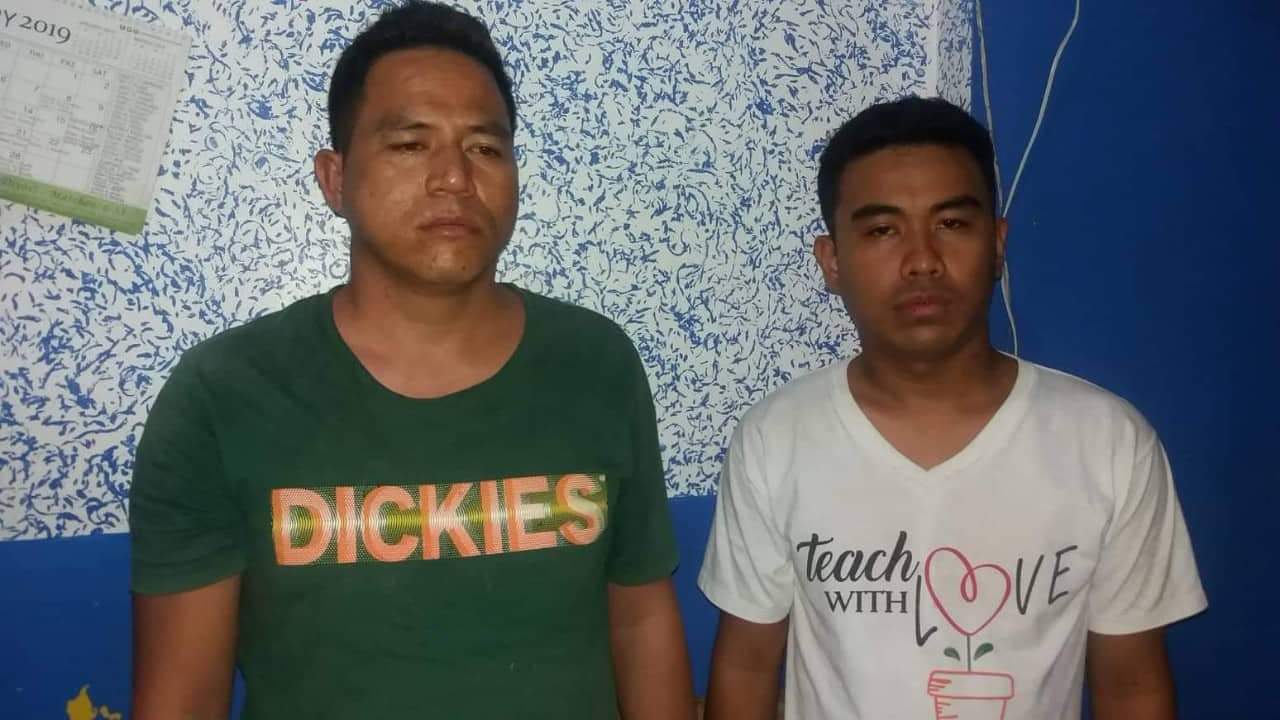 Police arrest Mark Vergara (left) and Rico Acosta (right) on Thursday morning, August 15, in Barangay Casili, Mandaue City. The two are the alleged cohorts of Police Corporal Jobie Antipolo, who went AWOL in 2018 and got involved in a robbery-shooting incident in Barangay Tisa on August 13. CONTRIBUTED PHOTO / Labangon Police Station

CEBU CITY, Philippines— The Labangon Police arrested three suspects who are allegedly the cohorts of Jobie Libradilla Antipolo, the police Corporal who went on absence without leave (AWOL) in 2018 and tried to rob a security guard carrying cash worth P500, 000 in Teresita Village, Barangay Tisa on Tuesday, August 13.

According to Bancoleta, Pepe Acosta was Antipolo’s backrider during the attempted robbery in Barangay Tisa.

Bancoleta said Vergara and Rico Acosta conspired with Antipolo and Pepe Acosta by providing information about the movements of Velos so they can plan the robbery.

Vergara is Velos’ fellow security guard that is why he knows Velos’ schedule. Pepe Acosta is the cousin of Rico Acosta.

The three suspects have denied involvement in the crime.

According to police, during the attempted robbery, Antipolo and Pepe Acosta fired a shot at Velos, a security officer of the Sarsalejo Security Agency who was passing in the area driving a motorcycle and carrying with him P500,000 intended for the salary of the agency’s security guards.

Antipolo and Pepe Acosta boarded Velos’ motorcycle after Velos was hit and fell on the ground.

But the duo were only a hundred meters from the scene where Velos fell when they too were shot hitting Antipolo which led to his death.
Pepe Acosta fled the scene but was later arrested. / celr
Read Next
UC Webmasters bags championship title in St. Augustine Cup