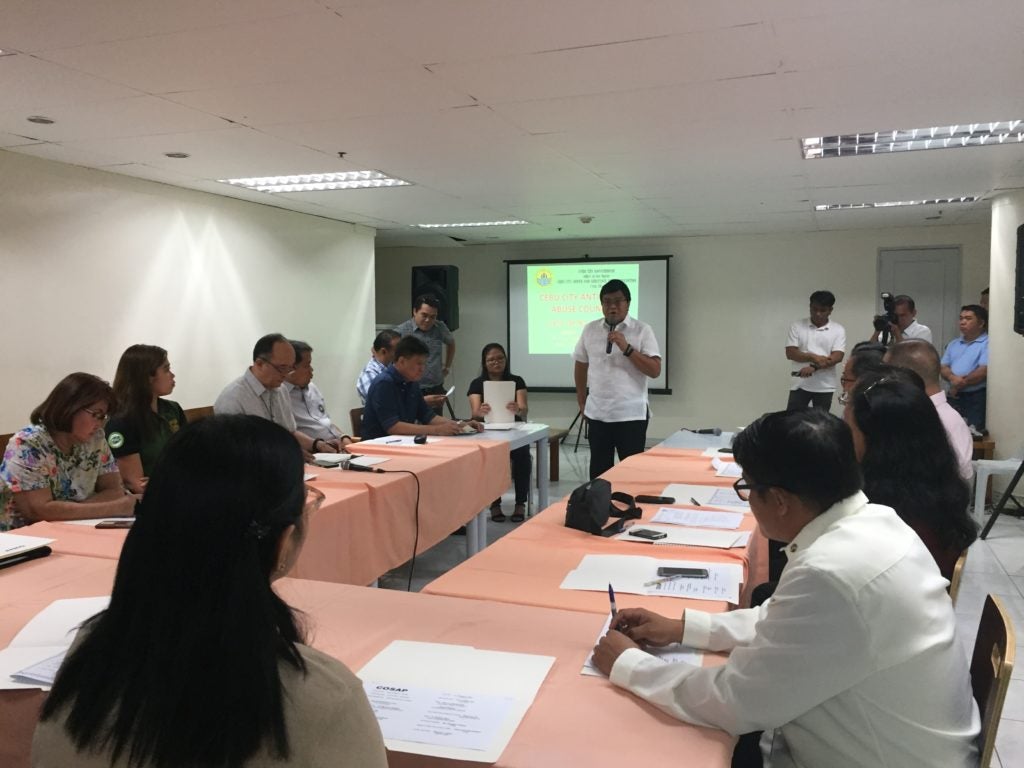 CEBU CITY, Philippines — Cebu City Mayor Edgardo Labella today encouraged the Cebu City Anti-Drug Abuse Council (CADAC) to create policies that could proactively prevent drug addiction instead of those that only response to problems that arose from drug addiction.

Labella made this call as CADAC convened on August 15 to induct its new officers led by Ernesto Herrera III, as chairman and Labella’s representative in the council; Jonah John Rodriguez, the co-chair and action officer; and Police Colonel Gemma Vinluan, the chief of the Cebu City Police Office, as the vice chairperson representing the police in the council.

Labella believed prevention  should be the approach to solving drug addiction.

“Once a child or a person becomes hooked with drugs, it is already difficult for them to be rehabilitated. Even if they are rehabilitated, they can go back to being addicted,” said Labella.

While working on drug addiction prevention, he also encouraged the council to create more rehabilitation programs for drug users.

“Our penal system should be corrective and remedial rather than punitive,” Labella told the council.

He also encouraged the state prosecution office,  which is represented in the council,  to give chances to the drug users who were caught for the first time using drugs and to allow them to undergo rehabilitation.

The mayor likewise stressed  that the community has to be involved in anti-illegal drugs prevention  campaigns because a community that would reject drugs would help mold citizens who would also reject drugs.

“An ounce of prevention is better than a pound of cure,” said the mayor.

Labella said he hoped that CADAC would help decrease the 6,000 estimated drug addicts in the city and rehabilitate them soon./dbs/elb