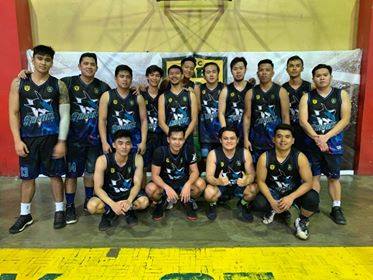 The 2011 Sharks beat the 2008 Flyboys in the opening day of the USC NABC Mayor’s Cup. | Contributed photo

Cebu City, Philippines—The 2011 Sharks got their title campaign in the University of San Carlos North Alumni Basketball Club Mayor’s Cup 2019 off to a rousing start as they beat rivals, 2008 Flyboys, 82-62, on Sunday evening, August 18, 2019, at the USC North Campus gym.

Forward Prince Malana took the biggest bite out of the Flyboys as he tallied 16 points to lead the Sharks to the lopsided victory in Division 3 action.

In the Seniors division, the 1988 Barakos blew away the 1985 Legends, 72-44, thanks to the brilliance of Edmund Odulio, who had 18 points, eight rebounds, three assists and a steal. /bmjo

Read Next
After absence from public eye, Duterte photo with family released