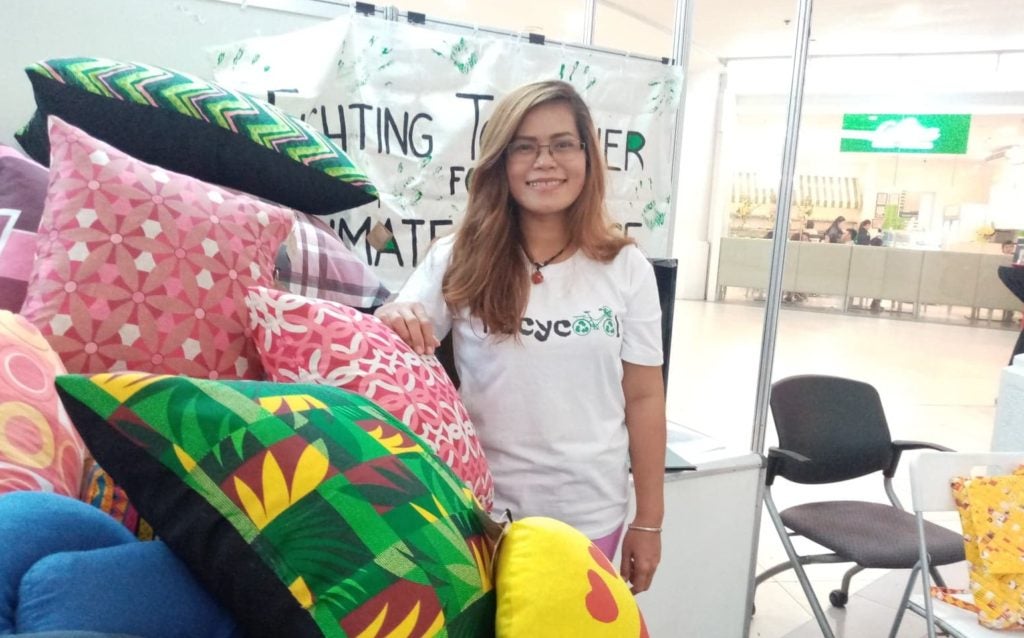 CEBU CITY—A small group of millennials in Daanbantayan town in northern Cebu found a way to protect its ocean from the detrimental effect of plastics.

“Daanbantayan has an estimated 1,825,000 kilograms of residual wastes each year. These include plastics, fabrics and many others. Some [of these] end up in the ocean,” says 30-year-old Kimberly Punay, a native of Daanbantayan who started the project.

Punay said the idea came up when she noticed something was changing in her hometown.

Her childhood memories of Daanbantayan were that of a place where fish was abundant and the seas were pristine. She recalled that the fish caught were really huge that even the fish known as Anduhaw was considered small.

At present, fish catch is a far cry from her childhood days.

Kim, who once worked for information technology companies, realized something was wrong, but it was not until last year when she decided to do something about it.

She started a project that would address the garbage problem in her hometown Daanbantayan.

She is now working with several other millennials, who, like her, loves Daanbantayan and would like to stop possible destruction of the town’s environment.

Working tirelessly, the group collaborated with the Municipal Environment and Natural Resources Office (Menro), who supplied the shredded plastics they used as fillings. 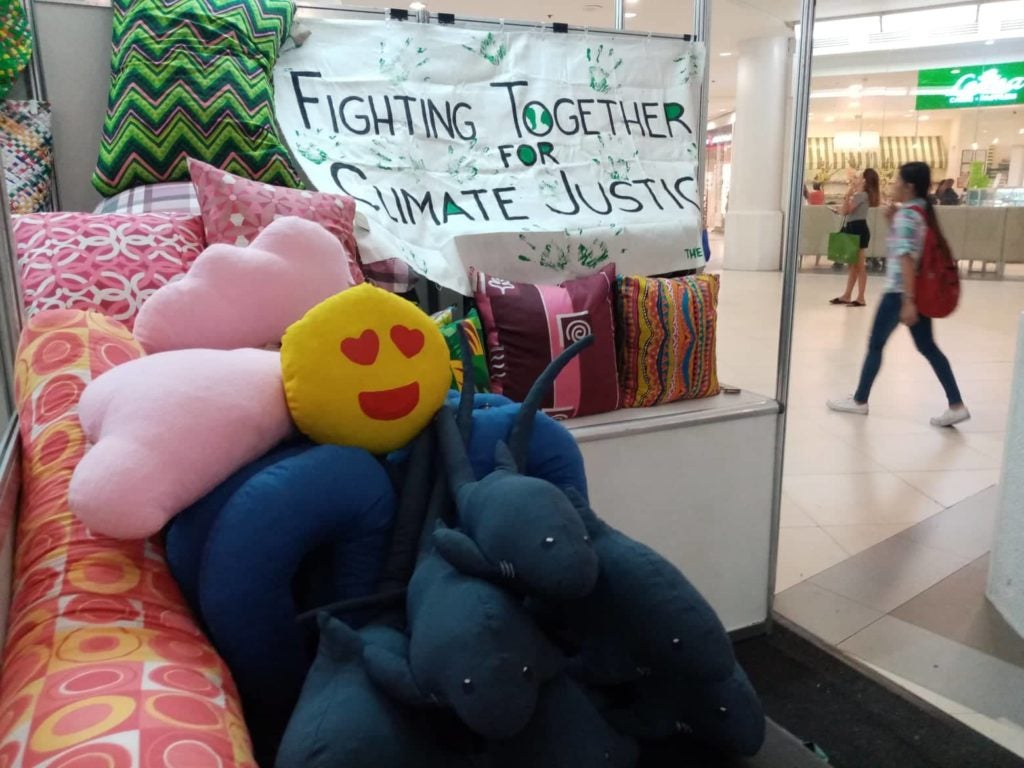 Despite the lack of funding, they utilised 1,500 kilograms of plastics and came up with the Kandaya Eco-pillows, of different style and sizes, such as square pillows, neck pillows, heart pillows and smiley round pillows.

They sell the Kandaya Eco-pillows and stuffed thresher sharks at resorts in Malapascua Island.

However, Kim and her friends realised they had to improve their products to be able to make more impact and  continue diverting plastics from polluting the seas.

This is why the group launched a crowdfunding campaign in the hopes of raising the money to be able to buy sewing equipment to improve the quality of the Kandaya Eco-pillow and to increase the volume of plastic waste they can prevent from reaching the ocean.

“I have a friend from Spain who is helping me with the crowdfunding,” Kim told CDN Digital.

Daanbantayan’s Malapascua Island is a favorite diving destination largely because of its thresher sharks. It also offers divers a glimpse of giant manta rays, hammerheads, reefs and shipwrecks. The municipality’s other attractions include its white sand beaches, Gato Island and Carnaza Island.

A 2017 report by the Ocean Conservancy and the Mckinsey Center for Business and Environment listed the Philippines (ranked 3rd) as among the five Asian countries that contribute more than 50 percent of plastic wastes in the ocean. A report by the World Economic Forum disclosed that at least eight million tons of discarded plastic ends up in the ocean every year.

The Global Alliance for Incinerator Alternatives reported that almost 48 million shopping bags are used throughout the Philippines every day, or roughly 17.5 billion pieces a year. Also, the average Filipino uses 591 pieces of sachets; 174 shopping bags; and 163 plastic transparent plastic bags every year. /bmjo