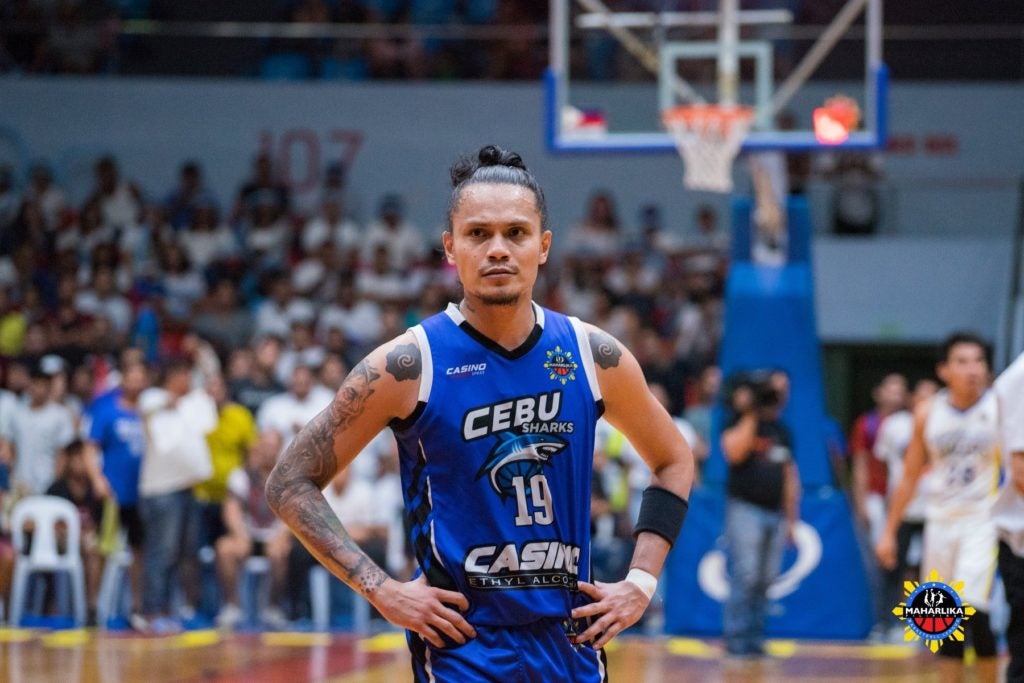 Cebu Sharks’ heart and soul, Patrick Jan Cabahug, was a picture of utter frustration after their last game. | MPBL photo

Cebu City, Philippines—Tension appears to be bubbling over at the camp of the Cebu Sharks-Casino Ethyl Alcohol after they suffered yet another loss, this time an 88-69 rout against the reigning champions San Juan Knights in the Maharlika Pilipinas Basketball League (MPBL) Lakan Season.

The loss dropped the proud Cebuanos to 4-6 (win-loss) and out of the playoff picture in the South Division.

The team’s heart and soul, Patrick Jan Cabahug, was a picture of utter frustration after the game, especially after he was limited by San Juan’s stifling defense to just two points on 1-of-5 shooting.

“That was very humiliating,” said Cabahug, who was coming off a 27-point outburst in their last game against Muntinlupa. “It’s the kind of loss that really deflates a team’s morale.”

The veteran marksman lamented the team’s apparent lack of preparation, especially against the defending champions.

“I’m just super frustrated because I know that we were not prepared for that game. San Juan, on the other hand, was very prepared. They knew all our plays and were very aware of our individual tendencies,” shared Cabahug.

With Rhaffy Octobre sitting out because of a one-game suspension after he got ejected in the last game, and with ace big man William McAloney held out of the game because of a conflict with management, the Sharks already found themselves right behind the eight ball against the Knights.

“I told the coaching staff how prepared we’re all supposed to be in all our games. We should already be armed with the right information days before the game. We should know our opponents’ plays, their tendencies and especially how we are going to defend them,” expressed Cabahug.

Things are not going to get better anytime soon for the Sharks as next on their slate is a game against last year’s runners-up, the South Division champions Davao Occidental Tigers on August 29, 2019 at the Cuneta Astrodome. /bmjo

Read Next
P6.8 million worth of drugs seized from four suspects in Negros Oriental