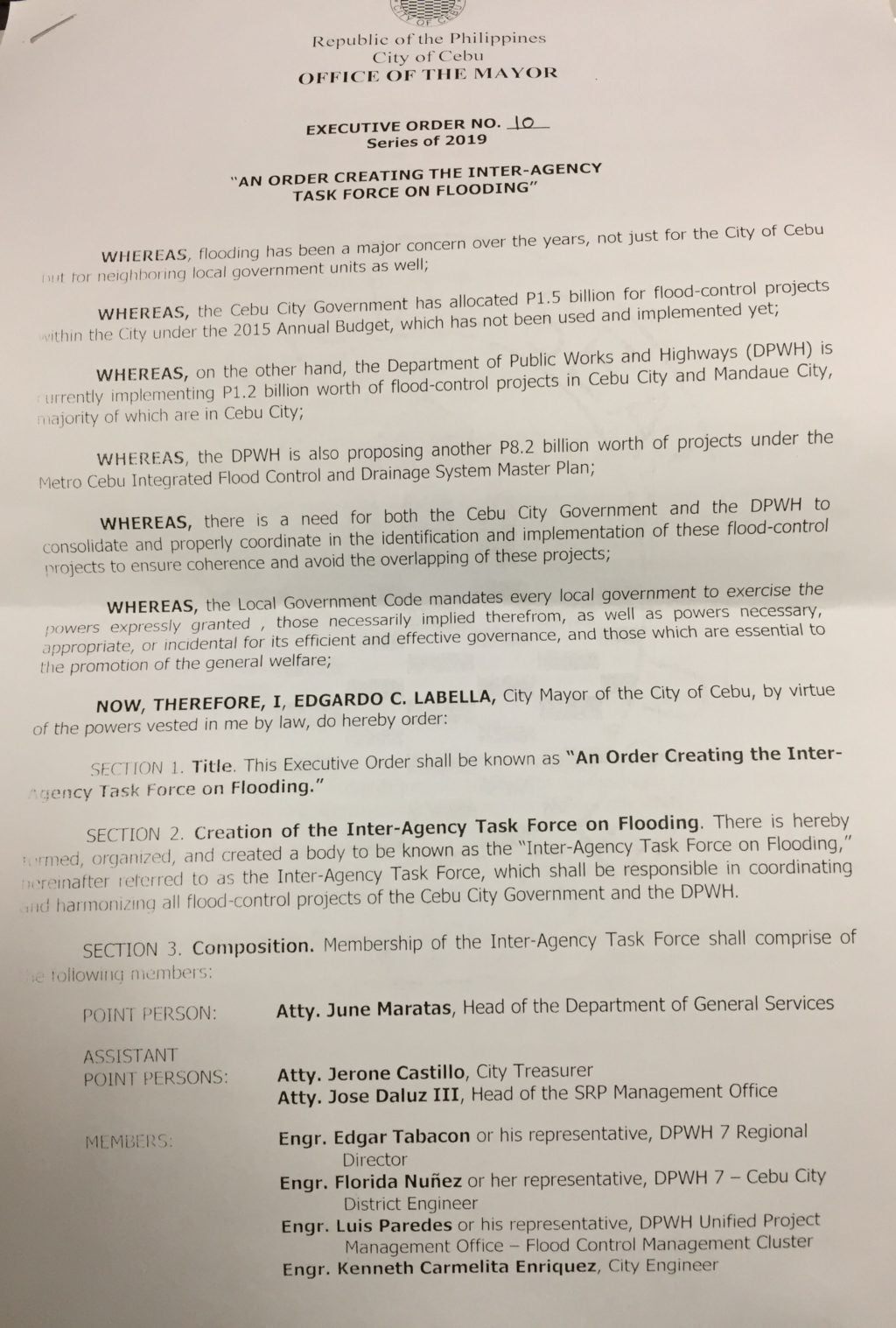 The IATFF will be responsible for coordinating with the Department of Public Works and Highways (DPWH) all the flood-control projects undertaken in Cebu City both by the city government and DPWH.

The other members of the task group are Lawyers Jerone Castillo, the city treasurer, and Jose Daluz, III, the head of the South Road Properties Management Office; Engineers Edgar Tabacon, Florida Nunez, and Luis Paredes of the DPWH; and Engineer Kenneth Carmelita Enriquez, the city engineer.

The goal of the task force is to work on finding solutions to the flooding problems of the city, to ensure that projects on flood-control will be implemented and proposed projects will not overlap existing projects, and plan new projects for flood control so the city can allocate funds for it.

Any plans of the task force is subject to the approval of the mayor, which must be included in the regular reports submitted to him. The task force is ordered to meet every Thursday of the week.

Labella also urged the task force to consider the Informal Settler Families (ISFs) that may be displaced in the implementation of the flood-control projects.

He reminded the agency that the DPWH allotted P1.2 billion worth of flood-control projects in Cebu City and Mandaue City, majority of which are implemented in Cebu City.

Furthermore, the city has allotted P1.5 billion from the 2015 annual budget that is yet to be used for flood-control projects.

He said finding solutions to the flood problem in the city is long overdue, particularly now that the rainy season is here.  /elb

Read Next
Labella calls on lawyers: Be vigilant amid death threats, extortion attempts